2021 Census, immigrants are a quarter of the population 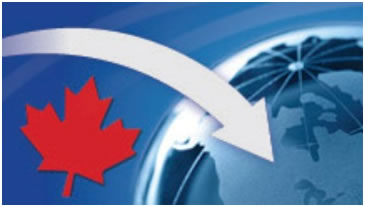 TORONTO – That Canada is the ‘promised land‘ for many people is well known but the latest population census shows that in 2021 immigrants made up almost a quarter of the entire population and are expected to represent a third of the people present in the country by 2041.

The percentage of immigrants is the highest since the federal government with 23%, or more than 8.3 million people, in the country who were, or had ever been, a recent immigrant or permanent resident. It should be noted that this percentage is the highest among the G7 countries.

Statistics Canada says immigration is the main driver of population growth, in part due to an aging population and low fertility rates in the country. This year, the federal government also pledged to take in record numbers of immigrants to fill labor shortages, with plans to accept 431,645 new arrivals to Canada. Between 2016 and 2021, four out of five new workers in the workforce were immigrants.

It changes the face of the migration phenomenon that, while previously, most of the immigrants to Canada came from Europe, now the highest number comes from Asia, including the Middle East. India is the country that leads immigration to Maple Country: according to data, one in five people arriving in Canada was born in India, which makes it the first country of birth in relation to recent arrivals.

The last time such a large percentage of people came from the same place, as shown by the 1971 census, was when more than 20% of immigrants came from the United Kingdom. Since then the share of immigrants from Europe has declined from 61.6% in 1971 to just 10.1% in 2021.

As for religion, the census of Statistics Canada has photographed a reality different from that of previous years: Canadians are no longer religious at an unprecedented rate, with more than a third of the country reporting no religious affiliation in the last census.

And while the latest tranche of 2021 census data shows that the percentage of non-religious Canadians has more than doubled over the past 20 years — it is at 34.6 percent, up from 16.5 percent in 2001 — the share of the country that identifies as Christian has thinned. They made up 53.3% of the population in 2021, down from 67.3% in 2011 and 77.1% in 2001. “Many people who in the past reported professing a religion now do not indicate any religious affiliation,” said Tina Chui.

Although the share of non-religious people is increasing and Christianity is declining, other religions are growing, driven largely by immigration.

Islam is the second most commonly reported religion in Canada in 2021, with nearly five percent of the population identifying as Muslim, a rate that has more than doubled since 2001, when the percentage was just two percent. Meanwhile, 2.3% of the population now identify themselves as Hindu, up from 1% in 2001.