A Country that must come to terms with its own history 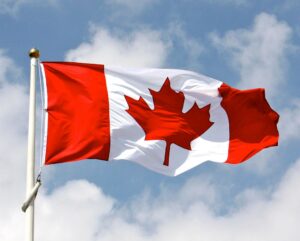 TORONTO – A country’s maturity can only be measured by the ability to come to terms with the darkest pages of its history.

It happened in Italy, where this process – long, painful and lacerating – lasted since the post-war period, for decades, with an attempt to understand and decipher the twenty years of fascist dictatorship. It happened in Germany with Nazism, Hitler’s omnipotence and the Holocaust, it is happening partly in the United States, where clearly the wound of racism and intolerance has not yet healed. Here in Canada, too, the conditions are being created to initiate a debate, possibly constructive, to understand the mistakes of the past.

Today’s Canada Day celebrations were very different from those of the past. On the one hand it was the second Canada Day during the pandemic and therefore in all the provinces it was avoided to organize events that led to gatherings of crowds. On the other hand, however, it was the presence of counter-demonstrations organized to raise public awareness of the history of residential schools that made these celebrations different from those of the past, a theme that has become very topical after the recent discovery of mass graves and unnamed tombs in British Columbia and Saskatchewan.

We are faced with a situation where there are risks, but also concrete reasons to be optimistic. The main danger is that this phase of revaluation of certain aspects of our history could lead to other divisions, as happened in Italy for so many years on the occasion of 25 April, the feast of liberation from Nazi fascism.

The key is the collective attitude with which this debate will be addressed: understanding the mistakes of the past so as not to repeat them in the future.

Canada Day therefore becomes not only the national holiday, but also an opportunity to reflect on what happened in the past, talk about it in the family, confront each other.

Our political class is also at a crossroads: on its shoulders lies the great responsibility of dictating the timing of this debate, trying to put aside the usual cloying party divisions.

“While we can’t change the past, we must be resolute in confronting these truths in order to chart a new and better path forward. Together, we have a long way to go to make things right with Indigenous peoples,” said prime minister Justin Trudeau.

“But if we all pledge to do the work — and if we lead with those core values of hard work, kindness, resilience, and respect — we can achieve reconciliation and build a better Canada for everyone.”

This position was also shared by the opposition leader, Erin O’Toole, who nevertheless condemned the call by many sides to completely eliminate Canada Day celebrations.

“Reconciliation with Indigenous Peoples must be a central focus of the Canadian future as it is a great failure of our past. The road to reconciliation does not start by tearing Canada down, but by recommitting to building Canada and all its people up. We can celebrate the country that we are and the one we aspire to be’’, said O’Toole.