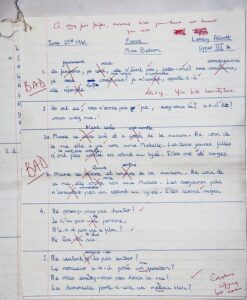 You can be French or British, Irish or Australian, and when applying for Permanent Residence in Canada, you can fail the mother tongue test – one of the two official languages ​​in the country: English or French.

The paranoia that takes place is that the politics, not the employer, decide whether a given immigrant to Canada will stay in Canada or not. Canada’s economy, regardless of the times, to be able to develop, has always needed and was based on a large number and constant influx of new immigrants. Currently, it is not the realities of life or the real needs of the local economy or ethnic community that determine who will receive “Canadian papers” and who will not.

The case of the Frenchman, a newly arrived immigrant in Canada who failed his French test in Quebec, is a clear example of this paranoia.

“Since I failed it as a French, the more I understand how someone who is Mexican and does not speak French can fail it,” said Yohan Flaman, a truck driver.

If someone from France can fail the French exam for immigrants in Quebec, how hard does it have to be for someone who is not a Francophone?

Yohan Flaman, a 39-year-old truck driver from Limoges, France, came to Quebec in 2018 as part of the Quebec Experience Program. He spoke French all his life, except for episodes with English during school and long-distance truck driving in the United States.

Flaman said he agreed with the theory that immigrants should be required to prove that they speak French. However, he does not believe that the exam should be so difficult for a Frenchman that he would have problems in passing it. During the exam, he was surprised by the oral part, which included an analysis of the recorded conversation from various points of view, including its political content.

“We are all human. We have different levels of concentration. Anyone can make a mistake,” he said. He also considers that the delays in obtaining permanent residence are unacceptably long.

In July, he took the exam again and this time he passed it, but he is still waiting for the selection certificate.

This case is a drop in the ocean of situations that occur in all provinces with passing one of two Canadian official languages: English or French.

Fourth dose, it’s too early: only 57% got the third one