A new path forward for Skilled Trades in Ontario 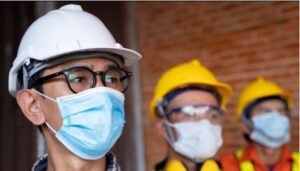 The Ontario Government is paving a new way towards a more efficient certification process for trades people in Ontario. The new system, Skilled Trades Ontario (STO), will replace the Ontario College of Trades (OCOT).

The Minister of Labour, Training and Skills Development, Monte McNaughton, unveiled the plans (May 6) to streamline the apprenticeship system in Ontario. Through the Building Opportunities in the Skilled Trades Act, the STO is designed to make the process of apprentice registration, issuance of certificates and renewals and equivalency assessments more efficient to navigate .

The new agency’s goal is to encourage growth in the Skilled Trades and business participation through a simplified apprenticeship system. The Ministry will be responsible for regulatory decisions, financial supports, and compliance and enforcement .

As the labour force ages, this will have an impact on skilled trades in Ontario and may lead to a shortage of skilled workers. In some cases, young people are taking longer to complete their education and start work, several are retiring before the age of 60, and with demographic ageing, the number and proportions of people aged 60+ are on the rise, suggesting a shrinking labour force.

For example, in 2016, about one in three journeypersons were over the age of 55. With a greater number of skilled trades people exiting the workforce, there is a need to implement change and help build a stronger workforce.

Under the OCOT system, which shared responsibilities with the Ministry of Labour, Training and Skills Development, at times created confusion and delays for individuals seeking to enter the skilled trades. The system also made it more difficult for employers to find qualified skilled workers.

“We heard loud and clear from apprentices, journeypersons, and employers alike that OCOT is not working”, said Minister McNaughton. Moving forward with recommendations from the Skilled Trades Panel, the Minister added: “we are taking a thoughtful and measured approach by launching Skilled Trades Ontario, a new agency that will put the trades first”.

In response to the new measures, President of the Carpenters’ District Council of Ontario, Mike Yorke said, “this Government and Minister has been responsive to the needs of skilled trades and construction industry at large”. He agreed that any system which would encourage and facilitate the process for the next generation of people to pursue a career in the trades is a benefit for the industry and the economy.

Currently, the Panel is in consultation on phase two of the STO strategy, with focus on classification and training. “There needs to be a fair and equitable process for trade classification and Carpenters will always commit to being a part of that conversation”, Yorke said.