A panel in Canada to review the coup in Argentina 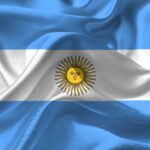 Much has been written and said about that dark age. Now it is time to make a recount and balance of the last Argentine dictatorship from Canada.

On March 24, 1976, the Argentine Armed Forces deposed the three constitutional powers presided over by María Estela Martínez de Perón, president since 1974, after the death of husband and president Juan Domingo Perón.

At that time, the Armed Forces installed a civic-military dictatorship that called itself the National Reorganization Process. Argentina took seven years to recover and return to democracy, which ended in December 1983, leaving a balance of 30,000 missing and an unforgettable wound.

Although between 1930 and 1966 there were five coups d’état in Argentina that led to several provisional dictatorships and a permanent one, none of these processes was as repressive as the one that began 45 years ago.

Canada was no stranger to what was happening in the extreme south of the continent. It received thousands of Argentine immigrants after the coup. However, it has not been the only period in which the Argentine exodus abounded. In 2017, according to data from the Institute of Migration and Asylum Policies of the National University of Tres de Febrero, Argentina became one of the countries with the highest emigration in the region, with the majority of Argentines leaving highly qualified professionals.

Among the actions of reparation to the victims and construction of memory that have been implemented in Argentina since the 1990s is Law 25,633 of 2002, which establishes March 24 as the National Day of memory for truth and justice. , in order to remember the victims of the dictatorship and say, over and over again, ‘Never again’.

A panel of people involved in solidarity mobilization with Argentina will share some of their experiences with the Toronto Workers’ History Project and the Canadian Latin American Alliance.

The presentation includes the anthropologist Beatriz Munarriz, who moved to Canada in 1973 and worked in international development; Don Lee, trade unionist and director of Human Rights at the Ontario Labor Federation, and Enrique Tabak: Enrique Tabak, a member of a union in Argentina until he immigrated to Canada in 1974. In 1975, he worked with other Argentines in Toronto to organize support.