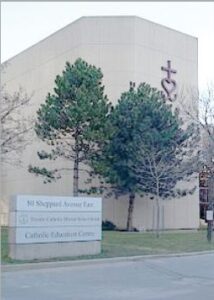 TORONTO – A tentative agreement, subject to ratification, has been reached between the Toronto Occasional Teacher’s Bargaining Unit (TOTBU) and the Toronto Catholic District School Board.

According to Corriere Canadese, the Director of Education of the TCDSB, Brendan Browne, in the evening of April 7th sent a communication to the trustees to say that a provisional agreement has been reached and that “all work to rule sanctions relating to our occasional teachers will end immediately”.

At the moment, however, there are no communications on both the TCDSB and the Toronto Occasional Teacher’s Bargaining Unit (TOTBU) websites, so it is not possible to know the details of the agreement yet.