A virus that has a fatality rate higher than COVID-19 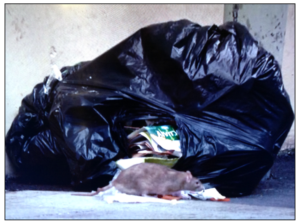 TORONTO – In 2018, 835,175 Ontarians were recorded as “multiple property owners” by Statistics Canada.  In July 2020, we were just getting over the First Wave and CTV was reporting:  “Cottage real estate market heats up with more Canadians working remotely”.  In April 2021, the Globe & Mail reported that “in Toronto, as many as 1 in 5 homeowners own more than one property”.

It is difficult to ascertain just how many people took off to their cottages each weekend over the summer, as these numbers are not readily available in the public domain.  I am sure that the highway patrol cameras are able to monitor the number of cars flooding the roads, but again, these figures are not floating around the internet.  If they were, they would probably set the stage for normalized behaviour and greater encouragement among the public to seek solace in their private oasis up north.

On June 2, 2021, it was reported that the fines for violating the “Reopening Ontario Act” were as follows:  $750 minimum to individuals; $1,000 minimum for obstruction of enforcement; $10,000 for hosting parties; $100,000 maximum + 1 year in jail.  And yet, Ontarians continued to “live their lives” and flock up north to their own cottages.  It’s a free country, but just to clarify, by law, you were only allowed to stay in your cottage for less than 24 hours.

As much as we would like to regard the cottage as a sanctuary during this pandemic, there lurks another threat in the horizon – Hantavirus.  Just when you thought that COVID-19 is the one and only virus you should really be concerned about these days, another virus is making a cameo appearance.  On June 7, 2021, the first human case of Sin Nombre Hantavirus was reported in Michigan.  Hantavirus has actually been around for a while and traces itself back to May 1993, when the first outbreak occurred in southwest USA.

What is Hantavirus?  Hantavirus is found in the urine, droppings and saliva of rodents.  It should be of particular concern to homeowners, especially since it is found in contaminated dust that gets upturned and aerosolized when cottages get re-opened after a long dormant winter.  You open the pantry cupboard only to get blasted in the face by dust tainted with mice feces.  Symptoms develop within 1 to 8 weeks and include:  fever, abdominal pain, vomiting, diarrhea, coughing and fluid-filled lungs.  Guess what?  While COVID-19 has a case fatality rate ranging from 0.1% to 19.6%, Hantavirus has a fatality rate of 35-50%!  Moreover, this is not a disease of the elderly, as the mean age is 37 years.

The next time you feel the urge to trek up to the cottage, wear gloves to disinfect your surroundings, ventilate and avoid spreading dust clouds.

And if you do see a mouse, it’s okay to be scared.