Afghanistan, the new Islamic government: among the ministers a ‘wanted’ from the FBI. Italy: “We will return to Kabul” 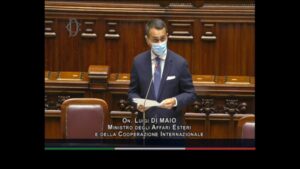 KABUL – Italy and Afghanistan: faraway, so close. After the “Taliban” opening in recent days, with the invitation of the spokesman Zabiullah Mujahid to reopen the tricolor embassy in Kabul, today the Italian Foreign Minister, Luigi Di Maio, declared that Italy wants to guarantee a government presence in the Islamic Emirate. “With the countries of the area and with our partners we are reflecting on the creation of a joint presence in Afghanistan with mainly consular functions and which serves as an immediate point of contact”, said Di Maio in the briefing on Afghanistan in the Parliament.
The minister added that it would be “a nucleus made up of officials from several countries under the umbrella of the European Union or, possibly, the United Nations”.

Di Maio spoke, both in the Senate and in the Chamber (the pic above is taken from his speech at the Chamber), about the situation in the country, specifying that the officials who could represent a joint presence would have “mainly consular functions” and would serve “as an immediate point of contact. This would be an innovative solution, for which will require effective preventive coordination “, he added.

The head of the Farnesina also addressed the issue of human rights, “with particular attention to women. We intend to promote in international fora, starting with the United Nations, appropriate initiatives to protect the human rights and fundamental freedoms of Afghans. We will work to try to establish a monitoring mechanism, including through the promotion of a joint declaration during the next session of the UN Human Rights Council “.

“We are also working on organizing an event on the status and rights of women in Afghanistan on the occasion of the next ministerial week of the United Nations General Assembly. We also want to mobilize the resources allocated to the fourth National Action Plan for implementation of the UN Women’s Peace and Security Agenda, including initiatives for Afghanistan”, he added. Furthermore, on his proposal, the Council of Ministers “allocated – Di Maio said – 120 million euros to resilience initiatives in favor of the Afghan population, assistance to refugees in neighboring countries, as well as Italian participation in the implementation of international programs to respond to the crisis in Afghanistan. These are funds originally intended for the training of the Afghan security forces as part of the mission resolution “.

The minister also added that “the resources for 2021 will be increased from 21 to 31 million euros in total, allocating them to initiatives for food assistance, for maternal / child health services, for the fight against child malnutrition, and in general for the protection of the most vulnerable sections of the population, such as women, minors and internally displaced persons “.

Finally, “we proposed the broader and more inclusive G20 platform to address the main challenges of the Afghan dossier. We are verifying the conditions, methods and timing – he concluded – for an extraordinary summit dedicated to Afghanistan”.

And, about the G20, just today the Italian Prime Minister Mario Draghi had a video-call interview, in view of the summit to be held in Rome, with Chinese President Xi Jinping. The telephone conversation “focused mainly on the latest developments in the Afghan crisis and on possible international cooperation forums to deal with it, including the G20. President Draghi and President Xi also discussed the collaboration between the two countries both in view of the Rome Summit, both bilaterally “, announced Palazzo Chigi after the meeting.

Meanwhile, today in Afghanistan the new Islamic government was born: as anticipated on Twitter by Ahmadullah Muttaqi, Taliban head of the “multimedia sector” of the Islamic Emirate’s cultural commission, it “will be the only government in 40 years of Afghan history to govern over the whole country “. 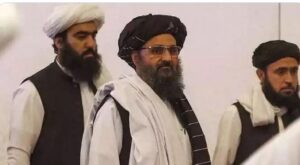 The role of prime minister has been entrusted to Mullah Muhammad Hassan Akhund (in the pic above, in the center – from a screenshot in the Twitter profile of journalist Prabhakar Kumar), as spokesman Zabihullah Mujahid explained today at a press conference. Mullah Abdul Ghani Baradar will be Deputy Prime Minister, while Sirajuddin Haqqani has been chosen as Minister of the Interior: he is the son of Jalaluddin Haqqani, one of the protagonists of the anti-Soviet resistance, who died three years ago, and head of the Haqqani network believed to be linked to al- Qaeda, responsible in the past for bloody attacks in Afghanistan. The Haqqani network has been designated by the United States as a foreign terrorist organization and the new minister is among the most wanted by the FBI. Mullah Mohammad Yaqoob will instead be the Minister of Defense: Yaqoob is the son of mullah Omar, historical Taliban commander and known in the world at least as much as the “mythical” Osama Bin Laden, in fact his armed wing at the time of al-Qaeda.