Aids and monkeypox, we risk the same mistakes 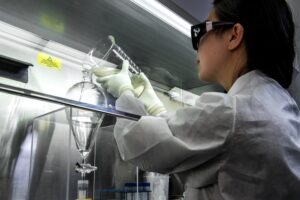 MONTREAL – A group of activists and doctors at the AIDS 2022 conference, held at the weekend in Montreal at the Palais des Congres (tomorrow is the last day), urged to increase resources to manage the “monkeypox” outbreaks , to avoid repeating the mistakes made during the first response to HIV.

Marina Klein, director of research and professor of medicine in the division of the service of infectious diseases and viral diseases at McGill University in Quebec, said that Montreal could dare to set an example for everyone, with a view to improving the global response to monkeypox.

“There has been a very rapid response in Montreal to address the escalating infections, with the implementation of a vaccine accessible to all,” Klein said on Sunday at the conference that attracted more than 9,000 delegates from around the world with another 2,000 registered to participate remotely.

Montreal, as known, was the initial epicenter of the outbreaks in Canada, with around 360 confirmed cases as of July 29. There are now more than 800 confirmed cases of “monkeypox” in the country. But the problem “has started to stabilize and has reached the maximum ceiling in Montreal,” said Klein, who also said however that she is “worried” that other provinces, especially Saskatchewan, do not have the same ease of reaching vulnerable communities as Montreal has managed to do. “Although there are only two cases identified so far, we know that there have been many problems in Saskatchewan, both with HIV and sexually transmitted infections, especially among vulnerable populations, including indigenous ones,” Klein said, emphasizing the importance of community engagement and having a ready-to-use vaccine response, but also the need to study the extent of monkeypox transmission. “We responded quickly, but nowhere in the world have we acted quickly enough to tackle this problem,” she said. “Now we will have to change gears and think about how we can control this virus in the long term.”

Her criticisms, as CTV reports, were echoed by several other speakers at Sunday’s conference. Keletso Makofane, a public health researcher at Harvard University, called the global response to monkeypox “worse than the initial response to HIV.”

“We knew enough to be able to do much better to contain this epidemic,” Makofane said, adding that the general exhaustion resulting from the fight against Covid-19 made the response to monkeypox slower than it should have been.

Dr Meg Doherty, director of global programs for HIV, hepatitis and sexually transmitted diseases at the World Health Organization, told attendees that a fair approach is key to ensuring that tools are available not only in richer countries, but also in Africa, where monkeypox is traditionally found.

“Thirty-five countries have had access or have asked to have access to vaccines … is there a risk that the countries that are sending (requests) for access are only rich countries? That’s a fairly likely risk,” Doherty said. Sunday. “We want fairness. We can’t get answers to ‘monkeypox’ only in the UK, Canada and the US.”

The WHO Director General also spoke at the conference, today, stressing that growing inequality could reverse a decade of progress made in the fight against HIV. Tedros Adhanom Ghebreyesus, who spoke on video, as reported by Global News said the Covid-19, inflation and cuts in foreign aid by rich countries are widening the gap between rich and poor nations. And while the number of HIV infections and AIDS-related deaths is much lower than a decade ago, it’s also true – according to the WHO head – that progress could easily be reversed. Ghebreyesus said he is concerned that access to HIV prevention, testing and treatment tools is often based on where people live and how much money they have. And for the monkeypox there is the same risk.