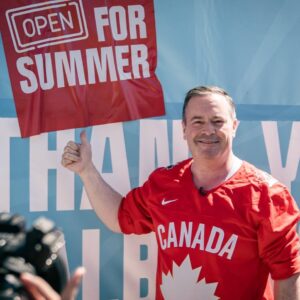 EDMONTON – The Covid emergency in Alberta, where thousands of infections have occurred in recent days, is shaking the leadership of premier Jason Kenney who is being targeted by some members of his party, the UCP (United Conservative Party), for decisions he has made to deal with the health emergency.

Some criticize him for doing too little and too late to contain hospitalizations in the province, while others say he violated people’s individual rights with his public health measures, such as the vaccine passport program launched in recent days.

“I am writing to share with you our intention to schedule the 2022 annual general meeting, and the accompanying leadership review vote, next spring,” Becker’s letter read. “I have spoken with the premier, who specifically asked that we make this change so that we could deal with any leadership issues well in advance of the next election. “We are all aware that recent government decisions on responding to the fourth wave of the COVID-19 pandemic have caused anger and frustration among some party members and there is a growing desire to hold a leadership review. “We have determined the best way for members to be heard at this time and for our party to uphold our member-driven, grassroots tradition is for the 2022 AGM and leadership review to take place in the spring.”

Until this letter arrived, Kenney’s next leadership review was not supposed to take place until the end of 2022. 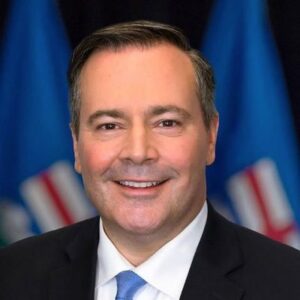 As everyone know, the fourth wave of the pandemic has hit Alberta harder than any other part of Canada. Amid the escalating tension over the province’s health system, Kenney apologized for trying to move “from a pandemic to an endemic approach to Covid-19”. However, he also said he did not regret the lifting of almost all restrictions on public health, which was decided on 1 July. Then, however, the collapse of the hospitals arrived and, with it, the turnaround of the premier who introduced the restrictions related to the Green Pass.

And this week, Kenney’s government confirmed that it has contacted the federal government to ask for assistance if it is necessary to move patients out of the province if hospitals can no longer admit new people and to have more ICU staff if necessary.

Currently, 1,040 people are hospitalized in Alberta hospitals with Covid-19, the highest number of hospitalizations the province has seen since the start of the pandemic in March 2020.

Meanwhile, 1,336 new cases of Covid-19 and another 20 deaths were also recorded in Alberta on Wednesday. A continuous emergency, which has led to the collapse of the hospitals in the province. A situation that has forced Kenney not only to issue, in recent days, the restrictions related to the Green Pass, but also to make a government reshuffle: on Tuesday, the premier announced that Tyler Shandro had “resigned” as Minister of Health and he had replaced him with former Labor and Immigration Minister Jason Copping, arguing that the health care portfolio needed “a new pair of eyes”. Shandro was named in place of Copping.