Already 189 cases among students and staff in Ontario, one school closed 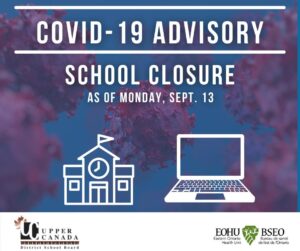 TORONTO – The school year has just begun and there are already several cases of Covid-19: precisely 189, distributed among students and staff. Several classes are already self-isolating at home and one school has been closed: the Viscount Alexander Public School in Cornwall, Ontario. But let’s go in order.

Since schools reopened, schools in the Greater Toronto Hamilton Area have reported a total of 74 cases, with hundreds of students forced into self-isolation at home. The Toronto District School Board (TDSB) leads the “ranking” with 20 known cases, spread across eighteen schools. In the Catholic District of Halton, 7 cases were detected and self-isolation at home was triggered for three classes. In Hamilton, the Hamilton-Wentworth Catholic District has reported 10 active cases and twelve classes are in self-isolation.

In the rest of the province, a tally of school board data showed 115 active cases, and Cornwall’s Viscount Alexander Public School became the first of the province’s 4,800 public schools to close due to Covid-19, after the Health officials announced an outbreak on Sunday and ordered all students and staff to switch to distance learning for at least a week (in the image above, the announcement published on Facebook by the Viscount Alexander Public School).

The province, however, is not publicly disclosing the infections already confirmed among the approximately 2 million students and 300,000 education workers in the province. The online portal updated daily last year (https://www.covid19inontario.com/school-tracker) is currently inactive and will be “updated in the coming days”, as the announcement on the home page states. An official in the Office of the Minister of Education, Stephen Lecce, told CP24 that the portal will be restarted in the coming days and was only down to allow school boards to restart their reporting processes.

What is known is that last year at this time, many schools had not yet been reopened, but in those that had resumed their activity in presence there were, in the whole province, only 15 known active cases. So much more cases this year, but “this isn’t unexpected given #COVID19 continues to circulate in our city & how transmissible the #DeltaVariant is”, the Toronto Public Health wrote on Twitter.

For many parents, however, the problem is also in the organization of reopening, “heralded” by the Minister of Education, Stephen Lecce, who in August had emphasized the increase in ventilation and air quality inside schools, but which proved to be a failure according to the parents who on social media have shown, with photographs, that in many classes there are too many students. A concern, that of families, captured immediately by Andrea Horwath, provincial leader of the NDP, who, today,  pointed the finger at the large classes, some with more than thirty students, inviting the Ontario government to resize them immediately to minimize the risk of contagion. “Unfortunately – she said – Prime Minister Doug Ford is only rolling the dice when it comes to the health and well-being of our children” (here Horwath’s conference on Twitter). Another “torpedo” for Ford started by Steven Del Duca, the liberal provincial leader: “Our kids and the reopening of our school are at risk because Doug Ford hasn’t planned and prepared”, commented Del Duca on Twitter.