Assisted suicide, in Canada a depression will be enough 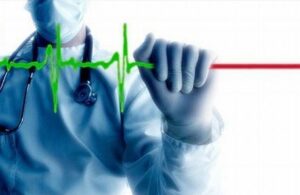 TORONTO – Dying could become particularly easy in Canada: a depression will be enough to ask for access to euthanasia, the medically assisted death. Indeed, the country is preparing to expand its spectrum of assisted suicide which will become one of the largest in the world: starting in March, even people whose only pathology is mental illness will be able to access death.

Thus, Canada will be one of only six countries in the world where a person suffering only from a mental illness and who is not close to natural death can get help from a doctor to die. The “concerned” persons will simply have to be deemed fit by two doctors who will have to determine whether they have an irremediable condition causing them intolerable suffering and whether they have the capacity to understand their condition, the decision made and its consequences. But this is precisely the point: how can a person suffering from any mental illness be able to lucidly make such a decision?

Many doctors are asking the question, such as Madeline Li, an oncological psychiatrist specializing in palliative care who has put together an assisted dying framework for her Toronto hospital network. “I am comfortable with MAID (Medical Assistance In Dying, the current law on medically assisted dying) for people who are dying of cancer, but I am much less comfortable with the expansion of indications… we will make the MAID so open that it will be possible to apply for virtually any reason” Dr. Li told CTV.

More than 30,000 Canadians have died with medical assistance since it became legal in 2016, more than 10,000 in 2021, or 3.3 percent of Canadian deaths that year, according to official data. The vast majority of them were thought to be close to “natural” death. In countries where the spectrum is wider, the percentages rise: 4.5% of deaths in the Netherlands and 2.4% of deaths in Belgium in 2021 were “assisted”.

But, we were saying, there are those who ask that the extension of the “requirements” be delayed, to avoid assisted suicides that are too easy or even not motivated by terminal illnesses, as in the case of the people – interviewed by some local media – who have reported to aspire to medically assisted death because they lack adequate housing or financial supports. Therefore, not for a very painful and terminal illness but, simply, for a social unease.

In any case, even diagnostic mental illness does not seem to justify access to assisted suicide, since some psychiatrists opposed to the expansion of the requirements argue that it is impossible to establish whether a mental illness is “irremediable”.

The audience of experts, however, is divided. Jocelyn Downie, academic researcher in Dalhousie University’s Faculty of Law and Medicine and a member of the MAID’s standards-setting group of practice, said that while some people in intolerable pain may suffer less if they have timely access to treatment or supports, denying them medically assisted death does not solve the problem: it only means making them continue to suffer. Like L.P. who – as CTV reports – suffers from anorexia and has asked to be identified by her initials, hopes to access assisted dying when it becomes available. Without it, she said, she will continue to suffer until illness or suicide kills her. “Assisted dying would just be more dignified”.

A spokesman for Health Minister Jean-Yves Duclos said the federal government was working with its counterparts to ensure “a strong framework is in place” when assisted death becomes available for mental illness.

The question arises spontaneously: wouldn’t it be more solid a “framework” in which the mentally ill are adequately treated and followed up, rather than supported in their suicidal instincts? Or maybe it costs too much money?

The pic above is from da www.studiolegalecastagna.it