Bangladesh ‘disappointed’ over UN resolution on Rohingya crisis, what about Canada? 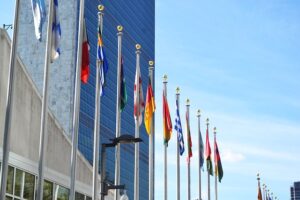 Toronto, June 21: Bangladesh has expressed “deep disappointment” over the new United Nation General Assembly (UNGA) resolution on Myanmar as it failed to recommend actions on repatriation of the Rohingyas, as it observed World Refugee Day yesterday.

“The UNGA resolution failed to adequately reflect on the Rohingya crisis and recommend any actions to resolve that crisis,” according to a press release received on Saturday. The resolution on the “Situation in Myanmar” was adopted by the UNGA on Friday with 119 votes in favour, one against and 36 abstentions focusing on the current democratic crisis in that country.

The resolution focused on the current democratic crisis of Myanmar that included declaration of emergency, and detention of its political leader, calling for restoration of democracy, while recognizing the central role of ASEAN, said the release issued by Bangladesh Permanent Mission to the UN in New York (in the pic above, from pixabay.com).

It, however, said the resolution did not include any recommendations or actions on the issue of repatriation of the Rohingya Muslims to Myanmar. “Neither does it recognize or stress the need for creating a conducive environment in Rakhine for the safe, sustainable and dignified return”, the release said.

The Bangladesh Permanent Mission said the resolution also lacks determination to address root causes of the Rohingya crisis through collective means. “As such fundamental issues were not included in the resolution, therefore Bangladesh decided to abstain,” the release mentioned. Some key OIC members as well as some ASEAN and SAARC members also abstained, it added.

As it happened that way, earlier at the 73rd UN General Assembly in September 2018, the then Canadian Minister of Foreign Affairs, Chrystia Freeland hosted a ministerial level meeting on the Rohingya crisis to discuss the humanitarian situation and accountability measures. The Minister of International Development also co-hosted a high-level round table on gender-responsive humanitarian action to focus international efforts on putting policy into action in the crisis (in the pics below, from Global Affairs of Canada). 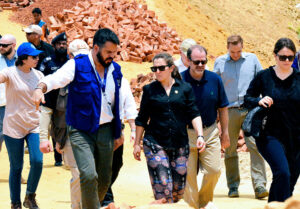 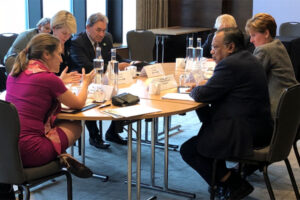 Then Canada’s Special Envoy to Myanmar, the Honorable Bob Rae, pursued to engage with key international partners in bilateral, regional, and multilateral channels. In Bangladesh, he emphasized that education and livelihoods in the camps are essential. His ongoing advocacy at home and internationally is a continued demonstration of Canada’s global leadership and commitment to seek ways to build long-lasting peace and reconciliation in Myanmar.

Not only that, Canada also launched five new development projects in Myanmar worth $60 million over three to five years. These projects will provide support to address the needs of vulnerable people, especially women and girls, and to help empower them to participate in the decisions affecting their lives. But, the question is for how long this Rohingya refugee issue will take to be resolved?