Bank of Canada, yet another increase: interest rate at 3.25% 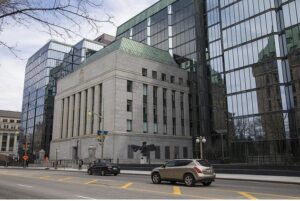 TORONTO – The Bank of Canada raised the interest rate by another 0.75 basis points, bringing it to 3.25 percent from 2.5 percent. It’s yet another in a series of hikes that began in March: since then, the Canadian central bank has raised the key rate by 3.00 basis points, at a pace not seen since the mid-1990s.

The aim, according to the bank itself, is to “bring the target back to its target of 2 percent”. Bank of Canada points to the war in Ukraine, the ongoing blockades for Ukraine, Covid-19 in China and the volatility of commodity prices among the main “engines” of the high global war. Inflation which, according to Statistics Canada, increased by 7.6% in July, down from the peak of 8.1% in June. A decline, however, mainly due to the food prices of gas (and therefore not to the “strategies” of the Bank of Canada), so much so that other price measures, for genres and services, have remained high.

Despite that, the Canadian central bank insist that Canada’s core measure of inflation continue to rise, which carries a greater risk that the increase in prices may foresee taking root and, therefore, the bank anticipates further increases to the policy rate will be needed “to bring inflation lower to that two per cent target”, as the Bank of Canada continues to repeat like a mantra.

“They have already set the stage for further rate hikes,” says Kevin Page, president and CEO of the Institute of Tax and Democracy Studies at the University of Ottawa, according to CTV. “They probably have to raise their rate to 4 percent,” he adds.

In July, the bank raised its interest rate by 1.00 basis point to 2.5%, the highest rate hike since August 1998. In a press conference following that decision, the Governor of the Bank of Canada, Tiff Macklem, had promised a “soft landing” for the Canadian economy once the central bank’s goal of bringing the landing back under control was achieved. “We think there is a path for a soft landing, but I’ll be very frank, that path is shrinking,” Macklem later said, during an interview with CTV on July 20.

And, in fact, another increase is ready: the next announcement by the Bank of Canada has already been set for next 26 October. But how much more will interest rates go up?

The CIBC, which had asked the Bank of Canada to suspend continued hikes after the 0.75 basis point hike, now expects “at least” an increase of another quarter of a percentage point on October 26th. According to TD Bank senior economist James Orlando, the rate is likely to hit 4.0% by the end of the year – a move that would take even more strength from the Canadian economy. “This implies even more sacrifices for growth,” he adds.

One thing is certain: this umpteenth increase is another tile on Canadian families that have a variable rate mortgage or a loan. When the Bank of Canada raises the benchmark interest rate, mortgages and some loans become more expensive. Adjustable-rate mortgages and real estate lines of credit immediately see their interest rates rise in tandem with Canadian central bank hikes, while fixed-rate mortgage holders pay more when they renew their term.

And it will also be a disaster for the real estate market, already in a steep swoop: who will buy a house anymore with the risk of finding themselves with such high mortgage payments? Almost no one.

According to RBC’s assistant chief economist, Robert Hogue, as reported by Global News, the rise in interest rates this fall “will continue to cool the markets in the coming months.” And this will only benefit those who still don’t have a home and would like to buy it: prices will surely drop again in the next few months. Otherwise, whoever has a house for sale will have to keep it for a long time.

In the pic, from the website https://www.bankofcanada.ca, the Bank of Canada