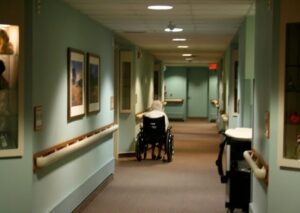 TORONTO – The NDP announces war on the government of Doug Ford who today approved the motion to avoid public hearings regarding legislation that would allow patients in hospital who need long-term care to be transferred to LTC without their consent.

While LTC Minister Paul Calandra applauds legislation whose purpose is to free up beds in hospital facilities, the NDP believes that Ontario residents should be concerned that the Ford government refuses to allow the public to express their opinion on Bill 7. “This bill is terrifying for families,” said Rep. Wayne Gates, “the fact that Doug Ford wants to silence the concerns of the people he will hurt the most is alarming and shameful.”

Last week the government tabled a motion that would take the bill directly to third reading, meaning it will not be considered by the committee or subject to public hearings at that stage. The Conservatives rejected the opposition’s proposal to amend Bill 7 with regard to public hearings. “The Conservatives only intend to pass the legislation as soon as possible,” Gates added, “this process is undemocratic.”

And as the Ford government proceeds swiftly toward the passage of the bill in question, today the NDP organized an emergency public hearing, giving the opportunity to health care and supporters of the elderly to share their concerns. “Experts tell us that Bill 7 is not only cruel – forcing frail seniors into a long-term care home that could be far from their families, health workers and communities – but it is also a weak plan that will not solve the staff crisis in our hospitals – said NDP Deputy Leader Doly Begum – Alternative Level Of Care (ALC) patients are not followed by doctors or nurses, but from PSW. Bill 7 will not keep emergency rooms open or help eliminate the surgical backlog.”

“The NDP will continue to fight Bill 7, to protect the elderly and people with disabilities from being forced to stay in long-term care homes where they do not want to go – thundered the MPP Lise Vaugeois – the NDP calls on the contrary for effective solutions to the hospital crisis, which include increasing staff in hospitals by repealing Bill 124 and giving health workers pay, the incentives and respect they deserve, the passing of laws to address workplace violence in health facilities, the provision of unlimited mental health support to health workers, making education for nurses and other health workers free or low-cost, and finally hiring tens of thousands of doctors and nurses with international training and finally reinstating the Practice-Ready Assessment program canceled by Premier Ford.”