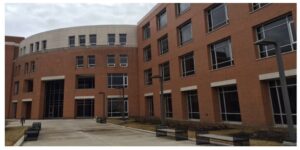 TORONTO – The general concept buttressing the purpose for electing non politically aligned individuals at the municipal level has always been to ensure that local interests and perspectives prevail for purely local issues. That holds true for trustees elected to local school boards where the residency provisions qualify candidates. You can only seek office in the locale where you live.

It is doubly so for those who aspire to represent Catholic ratepayers to Catholic District School Boards. They must also satisfy the religious qualifier because the Law of the country (the Constitution) demands it.

At the school level, Durham District School Board (DDSB) has seen more than its “fair share of controversy” lately. They have witnessed an unusual turnover in trustees during this mandate. On September 6, the Board – probably senior staff, who [everywhere] typically view trustees as inconvenient nuisances – engineered the ouster of two trustees, Chris Braney and Michael Barrett, just two months before an election.

According to an article filed by Jillian Follert, reporter for Oshawa this Week, DDSB sought two legal opinions on the matter of residency requirements as qualifiers for election to and maintaining of office. For the lawyers, the Municipal Act and the Education Act are clear: the two trustees no longer qualify. Both law firms concurred: Braney and Barrett had to go. One guesses the principle is too important to wait out the election results.

Our readers may recognize the names of providers of those opinions. Eric Roher, of BLG, is the default “outside counsel” to the TCDSB. In 2020, it was alleged that trustee Maria Rizzo did not meet the residency provisions for the 2018 election; she had a residence near Wasaga.

He did not weigh in and left it to the Integrity Commissioner to say it did not matter.

Nonetheless, as per legal opinion commissioned by the DDSB, “A person for the purpose of being a candidate for a school board, may only have one residence at a time.”

Corriere researched and documented two other residences Rizzo listed as qualifying addresses in Toronto. None of the three were owned by a Catholic elector. She will have been grateful for Roher’s silence.

The other legal opinion came from Nadya Tomachenko of Miller Thompson. Her input “provided cover” to the Halton Catholic District School Board in July when the Chair, Marvin Duarte, and Vice-Chair Brenda Agnew, orchestrated debate over a perceived Trustee Code of Conduct violation by a fellow trustee, Vincent Iantomasi.

They had lodged the complaint, conducted the investigation and drafted their report (actually, the former Secretary Director had a staffer compile it) and suspended him for two months. Iantomasi was on medical leave when this happened and could not respond to the allegations.

Duarte and Agnew are woke members of a quasi-political group, Halton Parents for Change (HPC), openly opposed to Catholic values… in Catholic schools. They appear determined to eliminate the “C” from the HCDSB.

Quite apart from any merits in whatever ideology they espouse, their mere existence runs counter to foundational ethos of the denominational school boards guaranteed in the Constitution and is quite likely unsupportable even under the legal strictures of the Education Act and the Municipal Act.

Allowing them to run for office in Catholic boards equates to inviting bank robbers brandishing guns to enter a bank to make withdrawals… whether they have existing deposits or not.

In the graphic above (by Raquel Martins), the “Education pie” which should feed students is divided up by legal consultans to deal with perceived trustee conflicts

In the pic at the top, the DDSB (photo from https://www.durhamradionews.com)