Brampton, a lesson in principles and integrity 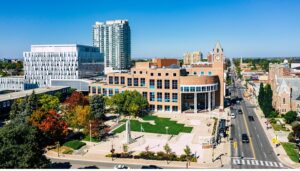 TORONTO – It could be the Wild West, but it is in our own backyard. Somewhere along the line, a cynical citizenry accepted the concept that there is no such thing as honourable, ethical, behaviour among those who seek political office in service to the public.

The latest developments in Brampton’s City Council may serve as yet another reminder that “municipal affairs” are often treated as a trough from which are fed the basest of human drives. Having an official Integrity Commissioner (IC) is as much a weapon of intimidation to be used in petty squabbles among elected officials as it is a cover for more unethical behaviour among those officials.

Muneeza Sheik, Brampton’s former Integrity Commissioner, is now launching a lawsuit against certain Councillors for wrongful dismissal. She had been “on the job” for almost three years, since 2019. Mind you she had another, contemporaneous, full time job as a lawyer with a private law firm.

A Globe and Mail article from that time raised questions about her “objectivity” given her perceived political closeness to Mayor Brown, his relationship to her husband’s law firm Levitt Sheik and their mutual relationship with Walid Soleiman, lawyer- financier and reputed “eminence grise” among some Conservative Party circles.

Allegations of her “indulgent treatment” of an investigation involving the mayor have not been proven in Court but in an electoral climate will certainly charge the air with questions of bias, if not self-interest.

Nor does the IC have any authority in law to impose and enforce a sanction. Think about this: if you were earning $55 per hr to deliver services ($2,200 per week, $114,000 per year), would it be fair for your “employer” to check your qualifications and expect “delivery” of something they could not accomplish themselves? The IC is billing at TEN TIMES that rate.

Just what does/can an IC do for that compensation other than conduct interviews with the individuals who lay a complaint and with the “defendant” in the complaint, other than draft a report. The report is then typically submitted in private session for the Council, or a Board, to deliberate in terms of next steps?

There is no independent body of law courses under the rubric of “integrity”, completion of which might lead to a certification that the registrant has grasped some “moral code” associated with the term. That would lead to a consequent suggestion that certain behavioural practices by nonconformists should rightly lead to “stigmatization” or “shunning”. Or, that the IC has some authority in law to enforce such “punishments”.

It does not. Yet, there seems to be quite an “industry” developing around this “IC business”. Brampton has apparently now gone, on an interim basis, to Principles Integrity. Readers may recall them as the IC who quit in a snit from the TCDSB last May. What it will do in and for Brampton is anyone’s guess.

The TCDSB is using PI’s last report to intimidate one of its trustees so that he no longer speaks to a selected media outlet (Corriere Canadese). Halton Catholic District School Board uses Miller Thompson to do the same (or its own Chair and Vice-Chair in the most recent attempts to intimidate trustees). It has used ADR, now also engaged by TCDSB on an interim basis. TCDSB has also retained Aird Berlis to support, presumably, another stand-by “opinion for hire” provider, BLG. None of these are likely to bill at a cheaper rate than Mme Sheik.
It is an expensive game. Sources claiming to have seen the invoices place BLG’s tab at the TCDSB at more than $100,000 per month. The Press does not have access to verifying data.

You thought education was about providing services to children?