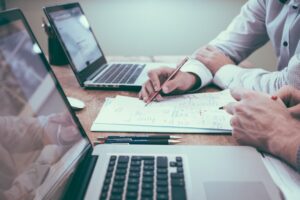 TORONTO – The Canadian economy grew at an annual rate of 3.3% in the second quarter (in the first quarter it had grown by 3.1%), below the estimate of an annualized growth of 4.6%: this is what emerges from the latest monthly and quarterly real gross domestic product reports, released today by Statistics Canada, which show how the economy expanded for the fourth consecutive quarter, driven by rising business and household spending, but below the expectations.

According to the agency, real GDP grew 0.8% in the second quarter, with the economy remaining stable in May before seeing 0.1% growth in June. According to the report released today, companies have increased their investments in inventories, which have been the main contributor to growth. The companies have also increased their investments in engineering facilities and machinery and equipment. Meanwhile, household spending on semi-durable goods has also increased, with growth driven by an increase in spending on clothing and footwear driven by the return of many people to work in the office after months of smart working. At the same time, real estate investments fell in the second quarter along with household spending on durable goods.

An early reading in July points to a 0.1% contraction as economists expect a sharp economic slowdown – a slowdown that will be “felt” by Canadians based on individual circumstances, such as the industry they are employed in and whether they are borrowers or savers.

The Bank of Canada has called the Canadian economy “overheated” and, as we all know, has tried to curb high inflation with a series of interest rate hikes: according to the Canadian central bank, in fact, higher lending rates they would slow economic activity and bring inflation back to its 2% target. That still seems a long way off, as the annual inflation rate hit 7.6% in July, but the Bank of Canada plans to move forward with its policy and is expected to announce another oversized interest rate hike on September 7.

BMO expects the Canadian central bank to raise the interest rate by three-quarters of a percentage point, but Douglas Porter, chief economist at BMO, says to CTV he wouldn’t be surprised if Bank of Canada itself opts for a more aggressive rate hike. “I think in a way the Canadian central bank wants to keep the market a little on the alert. And I think it also wants to show that it intends to be tough on inflation,” Porter said.

What is certain – that is a fact – is that inflation has so far remained skyrocketing and that the variable rate mortgages have increased, with serious inconvenience for families already struggling with the continuous price increases.

Still according to the Statistics Canada report, wages rose 2% in the second quarter, with Ontario and Alberta contributing the most to the national increase. Statistics Canada states that wage growth in the Atlantic provinces for the quarter was nearly double the national rate. As households’ disposable income increased, their savings rate fell from 9.5 percent in the first quarter to 6.2 percent, largely due to inflation.

However, the saving rate remains well above pre-pandemic levels, which was 2.7% at the end of 2019. “While these estimates suggest ongoing resilience in households’ net savings, inflationary pressures on consumption and trends in employee pay are likely to be key determinants of future results, ”the agency says in its report.

Photo by Scott Graham on Unsplash