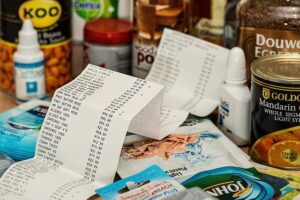 TORONTO – Inflation rate skyrocketing. Or, better, never like this in almost forty years. To make the historic “picture” is Statistics Canada, which recorded – for the month of May – a percentage increase of 7.7% compared to the same month of 2021 it’s the largest increase since January 1983 when the inflation gained 8.2%. Not only that: the current + 7.7% represents a further increase compared to the + 6.8% of just a month earlier, i.e. April 2022.

After all, it was to be expected: energy prices increased by 34.8% compared to a year ago, with gasoline prices even marking a + 48.0% compared to 2021. Reasons: the increase of oil prices due to the war in Ukraine and the increase in demand caused by the surge in travel recorded immediately after the relaxation of anti-Covid restrictions.

But even excluding gasoline, the annual inflation rate in May still rose to 6.3 percent from 5.8 percent in April.

The hike in the inflation rate comes as the Bank of Canada is trying to bring it back under control: the central bank has already raised its “key” interest rate target three times this year, to 1.5% and said it was willing to “act harder” if necessary, leading economists to speculate that it could raise rates by three-quarters of a percentage point as early as next month.

For many Canadians, this is a “first time”: according to TD Bank CEO Leslie Preston, there is an entire generation experiencing such high inflation for the first time. “If you are under 40, you have never experienced inflation like this and, unfortunately, we do not expect a respite in the future,” Preston wrote in a report. “All of this reinforces the idea that the central bank will further raise the ‘key’ interest rate as early as July.”

Statistics Canada also found that the price of food bought in stores rose 9.7% from a year ago, in line with the April increase as the cost of almost everything in the supermarket trolley has risen. The price of edible fats and oils has risen by as much as 30.0% from a year ago, its largest ever increase, mainly due to rising cooking oil prices. The prices of fresh vegetables increased by 10.3%.

A drain on all fronts, without exception. And, unfortunately, it won’t stop anytime soon.

Image by Steve Buissinne from Pixabay