Cannabis, the sector risks going … up in smoke 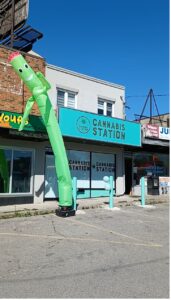 TORONTO – Almost four years after the legalization of cannabis in Canada, today the federal government announced that the revision of the Cannabis Act will start: very late, therefore, since it was supposed to take place almost twelve months ago.

According to Health Canada, “the legislative review must study the impact of the law on public health. In particular, it must consider the impact on the health and consumption habits of young people with respect to cannabis.” But in reality the problem is also economic: apparently, since “weed” was legalized throughout Canada in October 2018, after a real “boom” of marijuana shops there has been a gradual shift towards the illegality that is sending regular activities into crisis today. And the cannabis industry is in danger of going … up in smoke.

Those who operate in the sector talk about skyrocketing taxes, government overloads and advertising restrictions, with the result that the black market proliferates. Not only that: legal competition is also fierce, as provincial governments are distributing too many retail licenses, with the result that city streets are becoming saturated with shops, as Nima Derak, executive of Leafythings, an online cannabis directory, notes. Toronto, for example, has more “weed” stores than Tim Hortons.

“Many of these businesses will go bankrupt, lose their life savings,” Derak tells CTV, although many legal and regulated cannabis shop owners point to the black market as the real problem. George Smitherman, the president of the Cannabis Council of Canada, says that “there are illegal retail storefronts and sizeable illegal delivery services that are largely ignored (by the authorities).”

And for those who operate legally, we said, the taxation is very high. A report commissioned by the Cannabis Council of Canada finds that every ounce of “weed” in Ontario is collectively taxed over 27% by the provincial and federal governments. An additional markup of nearly 19% is then applied by the Ontario government. All of this, before the product reaches the market for sale. “No other industry could cope with such a fiscal bite,” says Smitherman. Meanwhile, the black market works without paying a dime in tax. Smitherman believes the authorities need to find a way to shut down illegal businesses. “There is a significant body of regulation, but no one is doing anything about it.”

Even large-scale regulated growers and cannabis producers find themselves with the smallest slice of the pie, resulting in mass layoffs and dropping shares in big Canadian industry players like Aurora Cannabis and Canopy Growth. In 2019, Canopy Growth’s stock had reached nearly $ 70, today it’s down to around $ 4 per share. And this week Aurora Cannabis reported a fourth quarter loss of over $ 600 million.

The revision of the Cannabis Act, launched today by the Minister of Health, Jean-Yves Duclos, and the Minister of Addictions, Carolyn Bennett, will review the law, which currently sets a maximum “ceiling” of 30 grams of marijuana for purchase and possession, limits the access of young people to the substance and establishes safety requirements for the cultivation, sale and transport of the “weed”. The scope of the review will be expanded beyond what is required by law to include a look at the economic, social and environmental impacts of cannabis led by Morris Rosenberg, former Deputy Justice Minister and Deputy Attorney General of Canada, with a panel of four experts who have yet to be appointed.

“If there are no major changes, there will certainly be damage to the industry,” industry players say. Among the requests, financial reliefs and fewer limits on the packaging and marketing of marijuana. Limits which, at the moment, are valid only for those who operate legally.