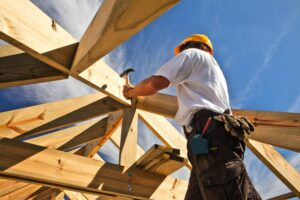 TORONTO – Industrial construction projects and commercial real estate will be delayed in completing work due to the strike of 15,000 carpenters belonging to the Carpenters District Council of Ontario.

After overwhelmingly rejecting the latest offer from their employers in the industrial, commercial and institutional sector (ICI), today these workers crossed their arms. To confirm it is the president of the union Mike Yorke. “It is important that our members are recognized for their contributions and their abilities – Yorke told Corriere – in the last 2 and a half years of pandemic, our members have created prosperity by putting their health and that of their families at risk”.

According to Mike Yorke, the strike could affect a number of transport projects, including work on the Eglinton Crosstown LRT line and hospitals, but there will be no impact on residential construction. “This particular strike has nothing to do with the residential market,” Yorke said, “there could still be other branches in the residential sector on strike.”

Yorke says the pickets will be set up in multiple locations in the province, including one at The Well on Spadina Avenue and Wellington Street in downtown Toronto. “This project is one of the largest, if not the largest, mixed-use project in Canada,” said the president of the Carpenters District Council of Ontario, regarding the development of The Well.

The main bone of contention between workers and their employer is wages. Yorke says carpenters have continued to work on construction sites to build critical infrastructure during the pandemic and now, due to the soaring cost of living, the union and its members believe their pay should be increased. “We are getting the message across to the industry and other categories – says Yorke – carpenters are defending workers’ rights and in the midst of this crisis in our country they are trying to get a better adjustment to the skyrocketing cost of living”.

Finding a fair deal for the workers is what Yorke is aiming for. “The union is eager to return to the negotiating table with its multiple employers, but until Thursday, when we meet with the Employer Bargaining Agency, nothing will happen.”

Blaming Bill 124, which caps wages on provincial employees in several sectors, NDP leader Andrea Horwath. Legislation passed by the Ford government in 2019 limits wage increases for public sector employees to one percent. “Doug Ford’s low-wage policy is having a knock-on effect on the labor economy,” Horwath said, “there are tens of thousands of construction workers from three unions who are now not in the workplace.”

A spokesman for the union said that all construction sites for the GTA skyscrapers had been closed due to workers’ strikes.