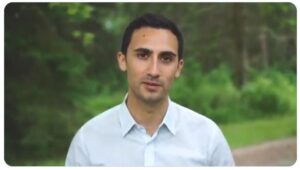 TORONTO – The provincial election is June 2, four and a half months away. That will explain everything one needs to know to understand the government’s “puzzling” recent decisions re the Omicron variant. There will be no Science Table or “Science experts” to defend political decisions.

Some of those decisions have been laughable. The logic sustaining them brings tears to the eyes of the most hardened cynics. The “here today, gone tomorrow”, “peek-a-boo”, “I want to be an adult” performance of the Minister of Education has been excruciatingly painful… and embarrassing, as documented everyday by the articles of Corriere Canadese‘s deputy editor-in-chief Mariella Policheni.

Our children have lost two years and more to disruptions provoked by decision-making designed to project a “heroic, I’ll fix it” image rather than substantive methodology.

The latest decision to get back to normalcy by sending children back to school, despite having previously terrorized parents and the community into accepting school closures and adopting remote learning, is downright laughable. We want our children in an in-person learning environment. Just reassure us that the dangers lurking everywhere and threatening their health and safety have been addressed.

So, what has changed since last week? The number of people infected is still rising, among every segment of the community. The solution?

The government will no longer publish the data because it cannot keep up and the actual numbers are “significantly higher”. (That is intended to be encouraging?)

Schools can no longer close unless there is a 30% student absenteeism. Students will not need to be tested for the virus. We will not know why they are absent. Schools have not been disinfected. Lecce has the solution: they can be rapid tested so their parents can know to keep them home… even if they may already have infected others.

He insists that by providing PPEs to children, wiping down desks, continuous washing of the hands and wiping down surface, the Omicron will be contained. It has not been so far; oh, did we say that the latest Covid variant is airborne? Lecce assures us that these measures will work, once the federal government delivers what it promised.

What will our children learn, from whom? Not all teachers have been double(triple) dosed; class sizes have increased – not decreased.

At least someone discovered that the organizational infrastructure already exists in the schools for vaccinating anyone and everyone in the community. General Hillier could not figure that out a year ago – or no one listened.

Change Minister or change advisors. June 2 is just around the corner.

In the pic, from a video in his Twitter profile (@Sflecce), Minister Stephen Lecce

Ontario: another 38 dead and over 4 thousand in hospitals. 4-year-old girl dies of Covid-19 in Quebec