Conflicts and Corruption: themes in the October election 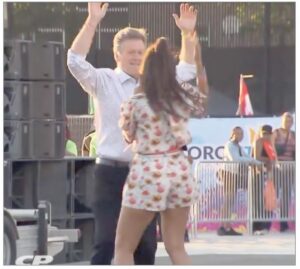 TORONTO – We are only 16 days away from knowing who will be on our ballot as we choose our city councillors and school trustees. Registrations close August 19. We at the Corriere will do our best to inform our readership regarding candidates and their platforms, if they have one.

And no, we do not have pre-conceived notions about who can “best fit the bill”. We are concerned about real and perceived conflict by office holders. As an example, three current incumbents in Mayor’s Chair have found themselves at the centre of controversies regarding monetary conflicts. We are unwilling to jump to judgement.

Brampton’s Mayor Patrick Brown’s life has become an open book for all to read. Private citizens and fellow councillors have taken some serious shots at his character, without severe damage, so far. As we have pointed out in our coverage, some direct attacks on his integrity may have a basis in fact. Nonetheless, some of his denigrators are not above reproach. Their behaviour has given cause to any reasonable third party that they themselves merit severe condemnation and that their motives are at a minimum questionable or self-serving.

In Vaughan, Mayor Bevilacqua called it quits two months ago. Just before the Covid crisis, it had been discovered that he had accepted a post as a Director on the Board of a Finance Institution for developers in his city presenting projects to his Council for approval. He claimed any monies earned (in the $100,000 annually) would go to “charitable organizations”. Whether people believed him or not, since city hall was effectively shut down for two years, it has been difficult to pursue evidence one way or the other. Leaving will not cause the odour to evaporate.

In Toronto, John Tory may be under investigation for having a similar relationship on the Rogers Control Trust (in which he has shares) for a similar annual stipend, while he serves as Toronto’s top politico. Rogers has many interests in the city, including the home of the Blue Jays. Like the other two mayors, he has ceded the moral high ground to anyone and everyone. Too bad. The city is in such shambles physically. No serious candidates have so far emerged to right the damages to infrastructure and reputation.

Hamilton may be in an analogous situation. There, failed NDP leader Andrea Horwath is seeking election as mayor. Fred Eisenberg, the current mayor has had enough. In the sixties and (early) seventies, when I used to work in Stoney Creek, Hamilton was a manufacturing centre. Now it has morphed into an exclusively Union town, seemingly groping in the economic dark for a future. There are some excellent Councillors looking for leadership. They may not be content with vacuous moralizations. We’ll see.

On the School Board side. The issues of conflict and corruption are a little more nuanced but real, nevertheless. In the GTHA, the situation is evolving, not necessarily for the better. The Corriere will do an assessment of the GTHA Catholic District School Boards going forward, giving all candidates an opportunity to make themselves known to their Catholic electorate.

There are encouraging signs: (1) Catholic parents have started to organize to take back their schools, (2) they have already scared away one anti-Catholic wokeist, Norman Di Pasquale, who has decided, in an opportunistic moment, to run for city council instead.