Confucius or Confused? Another Example of Canada’s Dysfunctional China Strategy 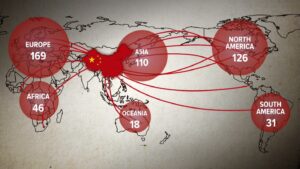 In the Analects, Confucius famously says: “In practicing the rules of propriety, it is the harmony that is prized.” Harmony has been a central tenet of China’s foreign policy, or so it claims. The Confucius Institute, an ambitious soft power play by China to promote its language and culture overseas, has faced its share of setbacks in Canada since 2014. Just last month, New Brunswick’s Education Minister Dominic Cardy announced that his government was severing ties with the Confucius Institute. Minister Cardy explained that his decision came after he received at least five complaints from Confucius Institute students, including one who claims that a professor told them it was “forbidden” to discuss certain topics, such as the recognition of Taiwan.

When China opened its first Confucius Institute in Seoul in 2004, its aim was to imitate cultural outreach programs sponsored by Western governments, such as Alliance Française, Goethe-Institut, and the British Council. The Confucius Institute fills an urgent need for properly trained Chinese language instructors in countries like the United States and Canada, where the Chinese diaspora is growing rapidly. Initially, the program had been welcomed warmly by universities and school districts, which often lack the funding and resources to attract quality Chinese language teachers. Confucius Institutes were established by the Chinese government to raise awareness among a Western audience around a Chinese culture that values peace, collaboration and non-aggression, and to neutralize the fear of China’s rising. The content of the Confucius Institute mainly focuses on traditional tea ceremony, calligraphy, Tai Chi, origami arts, Chinese painting and cuisine.

The Confucius Institute is funded by the Chinese government. That is how large-scale cultural projects are delivered by China around the world. Of course, its agenda is to carry out the mandate of the Chinese government: to promote China’s image around the world in a favorable light. Therefore, it should come as no surprise that topics like human rights, the treatment of Uighur Muslims, or the recognition of Taiwan are discouraged in this type of government-funded language and cultural classes.

The Chinese language instructors sent over by the Confucius Institute are not political science professors. They often lack the knowledge on issues like human rights, Tibet, Xinjiang or Taiwan. What is the practical purpose of discussing political issues in a language class where most students just want to learn Mandarin?

The laissez-faire approach in dealing with China is exactly what has gotten us to where we are today. In media as well as in the academic and political arenas, you will find people who either indiscriminately attack China on everything it does, or who simply nod their heads to China every time. Like any superpower, China will always use its clout to shape and influence our opinions. We must push back and make China understand where the boundary is. Failure to do so is not a reflection of China’s aggression, but rather of our own complacency.

From Trudeau’s unfruitful free-trade talks with China to the latest diplomatic crisis between Canada and China, and now the shutdown of the Confucius Institute, our China strategy is dysfunctional at best.

A healthy democracy should be open to all kinds of ideas, even the most insidious ones. We, as a confident democracy, should not enter the business of banning ideas. In the marketplace of thoughts, we should let a hundred flowers bloom and a hundred schools of thought contend. Let’s engage in a much-needed debate on China right here on campus, the bastion of freedom of thought.