Conservatives on the run, the debate in Quebec does not change the balance 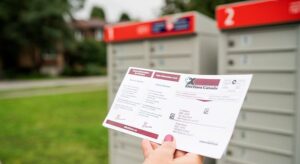 TORONTO – The debate in Quebec on September 2 between the leaders did not shift the balance of power between the parties. The confirmation comes from the last 8 polls carried out after the debate in French which highlight how the Conservative Party led by Erin O’Toole continues to enjoy a comforting margin of advantage over the liberals of Justin Trudeau. Jagmeet Singh’s NDP continues to play the role of third inconvenience while the percentage of undecided remains high. The gap that divides the conservatives from the Liberal Party ranges from the 1.5 percent detected by Nanos to 6.4 percent highlighted by Ekos. In general, tories are stabilising at around 35 per cent, while grits range from 28.1 per cent to 33 per cent.

But to certify the consolidation of the conservatives at the expense of the outgoing prime minister’s party are also the elaborations of the portal 338canada.com, which analyzed the progress of the electoral campaign and its repercussions in the distribution of seats in all 338 federal constituencies. According to today’s elaboration, right now the Liberal Party stands at 34.6 percent while the Liberal Party does not go beyond 31.4 percent. To widen the gap is also the margin of growth that 338canada.com gives to each individual party: the conservatives, according to the elaboration, could add to their percentage an additional 4.7 percent while the liberals have a growth margin of 4.5 percent.

But how do these balance of forces translate into the distribution of seats? If you vote right now according to 338canada.com it would be O’Toole who would win the election by winning 144 seats nationwide. Trudeau and the Liberals would not exceed 133 deputies, while the NDP would win 35 constituencies and the Bloc Quebecois 25.

But it is the margins of growth that give further elements of analysis, with a degree of uncertainty still very wide and with the possibility that between now and September 20 all the hypotheses are still achievable.

Conservatives at this time can not only harbor legitimate aspirations for victory, but the idea of a possible government supported by an absolute majority in parliament has not even been airborne.

According to 338canada.com the Conservative Party could add to the 144 seats where it is clearly ahead of another 40 constituencies, exceeding the threshold of 170 deputies, which constitute the absolute majority in the House of Commons. The Liberal Party, however, is still running in at least 46 constituencies: if the turning point in this election campaign were to come, the outgoing prime minister’s party could return to the race and put the final outcome back into play. For this reason, Trudeau will play everything for everything in the two national debates of 8 and 9 September.