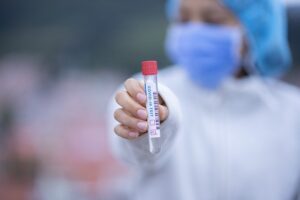 TORONTO – New surge in infections in Ontario: today were recorded more than 700 new infections from Covid-19, the highest daily number of cases recorded in the province in almost two months. Provincial health officials have in fact detected 711 new cases, up from 512 on Wednesday and 642 a week ago. It is the highest daily tally reported since last September 24, when 727 new ones were confirmed.

The seven-day moving average of new cases in Ontario is now approaching 600: the daily average case count hit 597 today: last Thursday it was at 532. With 34,347 tests processed in the last 24 hours, the provincial-level positivity rate is 2%, down slightly from 2.1% a week ago.

Another 5 deaths were confirmed today, bringing the death toll of Covid-19 in Ontario, since the beginning of the pandemic, to 9,955.

Even if there hasn’t been a dramatic spike in case growth in Ontario’s largest municipalities, some smaller regions appear to be in greater trouble, such as Simcoe-Muskoka, which has seen a surge in infections in the past two weeks. Public health units with the most new cases today include Toronto (74), Windsor (71), Simcoe-Muskoka (67), Ottawa (42), Peel Region (40), York Region (39), Waterloo Region (37), and Kingston, Frontenac, Lennox and Addington (37).

Despite the increase in daily cases, other key parameters appear to be stable. There are currently 129 people in intensive care, down from 132 last week. The number also includes a dozen patients who have been relocated to Ontario from Saskatchewan. Overall, there are 278 people admitted to hospitals (intensive care and ordinary wards).

In Quebec, however, also the total hospitalizations are growing: currently there are 205 people in hospital and 46 are in intensive care.

2 deaths recorded today, bringing the total from the beginning of the pandemic to 11,550.

There are still 6,098 active and known infections.