Covid-19 vaccine, Ontarians over 80 able to get 2nd dose 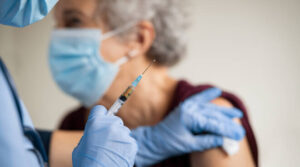 Bookings were opened yesterday for the early administration of the second dose of COVID-19 vaccines for Ontario residents aged 80 and over.

Anticipating the times is possible since a large number of doses of vaccines are coming to Canada: the country will receive 2.9 million doses this week thanks in large part to an increase in deliveries planned by Pfizer and BioNTech.

The two pharmaceutical companies delivered about 2 million doses a week through May, but as of yesterday, they increased their doses to 2.4 million per week.

Ontario residents over 80 can then re-book their appointments, through the province’s online booking portal, at the same place they received the first dose, or at another site. In the Halton Region, residents in this age group will have the opportunity to anticipate appointments for the second dose starting tomorrow.

Officials said the plan to get the second dose inoculated is based on the “first-in, first-out” method, to ensure that higher-risk groups get doses first. People aged 70 and over will see their interval reduced in mid-June, and after that, all residents will be entitled to a second dose based on when they received the first inoculation.

The vaccination plan should therefore continue thanks to the stocks that continue to flow to an increasing extent: the federal government has said that the other 500 thousand doses that are expected to arrive this week will come from Moderna, which will deliver stocks in two separate shipments.

The government is also waiting for another million doses of the Oxford-AstraZeneca vaccine to arrive by the end of June, although a detailed delivery schedule has not yet been confirmed.

The fate of more than 300,000 doses of Johnson and Johnson, which arrived in April, remains unclear as Health Canada continues to examine their safety due to concerns about possible contamination at a Baltimore manufacturing facility.

The arrival of other Pfizer-BioNTech and Moderna vaccines comes after Health Canada’s decision to extend by one month the expiration date – May 31 – of tens of thousands of doses of AstraZeneca.

Health Canada’s decision does not entirely convince Canadians but the agency said the move is supported by extensive scientific evidence. According to new Health Canada guidelines, all doses that previously expired yesterday can be used until July 1.

Meanwhile, there is a great desire to know if the government decides to reopen schools at this time of school year. While Chief Medical Officer of Health David Williams, Ontario’s Science Advisory Table and medical officers of health of Peel, Toronto and York have expressed clear and strong support for the kids’ return to class, Premier Ford is determined to go with his feet on lead: his government, he said, will make an announcement about reopening schools for a few weeks in June “in a day or two.”

Yesterday during the Question Period, Education Minister Stephen Lecce said he was confident schools could function safely, but refused to say whether they would be reopened before the end of the academic year. “The government has to take time to do it right,” he said. Health Minister Christine Elliott, speaking to reporters, also gave a cryptic response. “This is a very important decision because what we are considering is the health and safety of children and young people in Ontario, their teachers and other school officials – she said – to do it right we must not be in a hurry.”