Covid, data are missing to assess the risks of contracting it 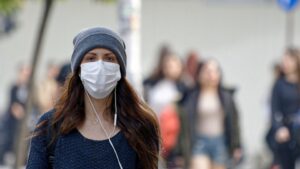 TORONTO – Health experts have no doubts. Provincial governments are asking Canadians to assess for themselves the risk they run in contracting Covid but at the same time they are reducing the amount of data available. “There is no doubt that people are being provided with less data – said Tara Moriarty, a lecturer at the University of Toronto – it is a decidedly crucial task as people have been made responsible for the personal management of the pandemic”.

Ontario, Quebec, Newfoundland and Labrador are the only provinces reporting daily data on Covid-19, Moriarty said, adding that Canada performs fewer Covid-19 tests per capita than other rich countries. According to Our World In Data, a global data website affiliated with the University of Oxford last week, an average of 1.46 Covid-19 tests were conducted every day in Canada per 1,000 people. In Austria, 40.5 tests were conducted per 1,000 people. In Greece, Italy, the United Kingdom, France and South Korea, three times as many daily tests were done per capita as in Canada. The website counts both the results of PCR tests and those of antigen tests made public.

Although wastewater testing has become a way to track the evolution of the pandemic, Moriarty said, they are only performed in large cities in some provinces. And this is not only a matter of data, he has increased the dose, but also of communication. Government leaders need to do a better job of illustrating the current situation and indicating who may be most at risk. “It is necessary to provide information to people so that they can make better risk assessments and so that they can consequently change their behavior – he said – if you withhold such information or, by omission, you do not provide it, you are limiting the ability of people to act on such communications”.

Jean-Paul Soucy, a doctoral student at the University of Toronto who studies the epidemiology of infectious diseases, said some provinces, such as Nova Scotia, have stopped reporting region-specific data, which makes it difficult for residents to manage their risk.
Risks that have multiplied since almost all restrictions – masks in the first place – were abolished by governments.

Precisely for this reason, now that the province is in the midst of a wave of Covid-19 infections, the Toronto Board of Health has asked the Ford government to give Chief Medical Officer Eileen de Villa more power to reimpose the obligation to wear masks in some contexts, including schools. Authority, this, which de Villa, had at the beginning of the pandemic but which lapsed last month when changes were made to the ‘Reopening Ontario Act’.

Today, while leaving the door open to a possible postponement for the elimination of masks in nursing homes and rest homes, reception centers, prisons and other facilities – the date is April 27 – the Chief Medical Officer of Health of Ontario Kieran Moore said that he recommends their use but rejected the possibility of imposing them again.

For his part, the director of the Technical Scientific Table of the province Peter Juni, said that he continues to recommend the use of masks. “I think the problem lies in the fact that there is no clear communication – says Juni – yes, the mandate of the mask has been revoked, but no, we cannot return to normal. We continue to strongly suggest wearing masks.”