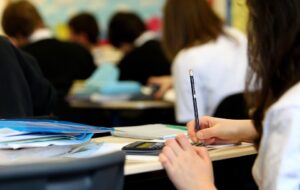 The curve of Covid-19 infections in Ontario’s public schools continues to show a general upward trend. Today, in fact, 245 cases were reported representing the highest total since the beginning of October.

It should be noted that almost half of all active infections associated with public schools are located in Greater Toronto and the Hamilton area: 628 cases representing an increase of 60 cases compared to a week earlier. It should be noted, however, that the increase in cases associated with public schools is slightly lower than that of the number of cases in the wider community, where active infections have increased by almost 19% week after week.

The number of schools that have been closed due to outbreaks has also dropped to three after students at Precious Blood Catholic School in Scarborough were allowed to return to class today morning. “We are happy to see that everyone has been able to go back to school – said TCDSB spokesperson Shazia Vlahos – Toronto Public Health – with the rapid antigen test an additional layer of protection will be added in the school. It’s a voluntary test: there are kits available at school and staff and students may want to consider taking this rapid antigen test three times a week just to make sure no one is positive.”

According to the latest data, there are now 536 schools with at least one active case of the virus across Ontario, up from 488 the day before. Meanwhile, the total number of confirmed school-related cases since the beginning of the academic year now 5,867.

As infections rise in schools – the total number of infections since the beginning of the school year is 5,867 – the wait for Health Canada’s approval of a vaccine against Covid-19 for children from five to 11 years of age is growing..

Today, Toronto Public Health will release the results of a survey on the immunization of children conducted on about 40,000 parents. “There has been very strong support to vaccinate children, but at the same time, based on those initial numbers, we understood that there is still work to be done to educate and reassure the public about the opportunity to vaccinate children, but this is still a good start,” said Mayor John Tory.