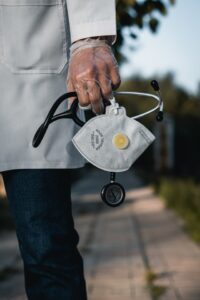 TORONTO – Another 21 deaths today in Ontario due to Covid-19, which are added to 31 on Saturday and 42 on Friday: nearly 100 deaths in three days. Now the total number of victims in the province since the beginning of the pandemic is 10,366.

Impressive numbers, never seen in Ontario, as well as those of hospitalizations: the total number of patients admitted to intensive care today exceeded 400 for the first time in more than six months. In fact, since today, 412 people have been in intensive care (385 on Saturday, 338 on Friday and 219 on Thursday) and 226 of these breathe with the assistance of a ventilator. Overall, at least 2,419 people are hospitalized for Covid-19: a slight decrease compared to Saturday, but not all hospitals provide data on weekends.

Ontario also reported another 11,959 infections today: but, as we have already underlined in recent days, the number is a strong underestimate of the real one, due to the lack of tests and the exclusion from the same tests of less serious cases and categories not “at risk”. Just over 49,400 tests were processed in the last 24 hours: Ontario’s positive rate is about 27.7%.

Of today’s cases, 9,522 were detected in fully vaccinated individuals and 2,057 in unvaccinated or partially vaccinated people, while 380 infected people have an unknown vaccination status. Let’s see where today’s cases are located. Most continue to be found in Greater Toronto and the Hamilton area. According to the province’s epidemiological report, 2,198 infections were recorded today in Toronto, 1,664 in the Peel region and 1,052 in the York region. Hamilton reported 697 new infections while 641 cases were detected in Durham and 632 in Halton. More than 400 new cases in Waterloo (604), Windsor-Essex (558), Ottawa (525), Middlesex-London (482) and Niagara (417).

The virus continues to affect mainly children and young people: of the infections reported today, 835 were identified in children under the age of 12 while another 900 in young people between the ages of 12 and 19, 4,722 cases in people aged 20 and 39 years and another 3,551 in people aged 40 to 59 years. 1,939 infections were detected in people over the age of 60. There are 137,823 cases currently active and known in Ontario.

On the vaccine front, more than 133,000 doses have been administered in the last 24 hours. In total, approximately 91.1% of Ontarians over the age of 12 received at least one dose, while 88.4% received two doses.

The situation is completely mirrored in Quebec where 23 deaths were recorded today, bringing the total of the province, since the beginning of the pandemic, to 11,940. Deaths peaked in Quebec on Saturday, with 44 deaths in one day – the last time the Quebec Institute of Public Health (INSPQ) recorded a higher number of deaths was January 27, 2021, when 45 deaths were reported. The deaths on Saturday are therefore the most numerous since the vaccination campaign in the province began.

Today, another 361 patients were admitted to hospitals in the province and 221 were discharged. The total number of hospitalizations is now 2,436, including 257 in intensive care units, a net increase of 12 in one day. Of the new patients, 223 were vaccinated twice more than a week before check-in, 128 were not vaccinated or received a dose less than two weeks ago, and 10 received a dose more than two weeks ago. Of the 29 new ICU patients who were transferred or admitted to the unit, 15 received two doses of the vaccine, 12 were unvaccinated and 2 received one dose.

As for vaccinations, 89% of the eligible population in the province (ages 5 and up) received one dose, 82% received two, and 23% received three doses.

Photo by Ashkan Forouzani on Unsplash