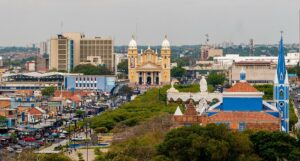 More than five million Venezuelans have left their country in recent years, and despite the fact that Canada heads the Lima Group that recognizes the Venezuelan problems and promotes reception and support for Venezuelans, it has not opened reunification or refugee programs for the displaced.

Canada should be commended for its support of the Venezuelan people, given the magnitude of the suffering perpetrated by the Maduro regime. But there is more to do, says Alessa Polga, director of the Canadian Chapter of the Casla Institute for Human Rights in Latin America.

The Venezuelan-Canadian community leader and human rights activist assures that Canada should be commended for joining the chorus of voices in support of the Venezuelan people; “It has been independent in shaping its policy and is at the forefront of driving the global agenda on this issue, but there is much more to do.”

In 2016, Canada became the first country to comply with its reception plan for Syrian refugees, accepting 25,000; however, Venezuelans have not suffered the same fate. “Canada is in a unique position to promote the reception of displaced Venezuelans,” adds Polga.

This week, the Minister of International Development, Karina Gould, had a virtual visit in Colombia and said that by the end of this year, the Venezuelan exodus could turn into the biggest migratory crisis in the world ”and requested international support to the countries that host migrants.

And it is that Canada will host on June 17 the International Conference of Donors in Solidarity with Venezuelan Refugees and Migrants, taking over from Spain that organized it last year with the support of the European Union (EU), the Agency for United Nations for Refugees (UNHCR) and the International Organization for Migration (IOM). The conference will aim to raise awareness of the Venezuelan refugee and migrant crisis internationally and mobilize additional resources.

Minister Gould also assured that Ottawa will allocate 29.5 million Canadian dollars to six projects aimed at alleviating the effects of the pandemic in the areas of education, support for the peace process, as well as the empowerment of women and youth in rural areas.

The Canadian government downgraded its diplomatic relations with Venezuela in an effort to push for the peaceful restoration of Venezuelan democracy. In addition, we have joined partners in the hemisphere to refer the situation in Venezuela to the International Criminal Court based on credible allegations that serious international crimes may have been committed. Canada appreciates the efforts made by the countries of Latin America and the Caribbean to welcome and provide services to Venezuelans.

Since 2017, Canada has committed more than $ 55 million in humanitarian, stabilization and development programs to help respond to the effects of the crisis in Venezuela. This includes more than $ 18 million in humanitarian assistance funds to help meet the basic needs of the most vulnerable people affected by this crisis, including those in neighbouring countries. Canada also continues to provide support through multilateral programs.

It should be noted that 16 countries, including Canada, signed a joint declaration that ensures that “the elections to renew the National Assembly of Venezuela on December 6, organized by the illegitimate regime of Nicolás Maduro, lack legality and legitimacy because they were carried out carried out without the minimum guarantees of a democratic process, which include freedom, security and transparency, the integrity of the votes, the participation of all political forces and inclusion of international observation ”, said Polga.

The signatory countries (Brazil, Canada, Chile, Colombia, Costa Rica, Dominican Republic, Ecuador, El Salvador, Guatemala, Guyana, Haiti, Honduras, Panama, Paraguay, Peru and Saint Lucia) called on the international community to join the rejection of the elections for considering them “fraudulent and supporting efforts for the recovery of democracy, respect for human rights and the rule of law in Venezuela,” says the government of Canada on its official website.

Now that the constitutional period of the National Assembly is over, the European Union decided not to continue supporting Guaidó. However, other countries such as the United States, Canada and France (independently of the European Union) have recognized that there is no separation of powers, that Maduro controls the electoral ministry and that since there are no fair and verifiable elections, what was decided is give an administrative continuity to Guaidó’s interim, explained Polga.

Now there are no Venezuelan consulates in Canada because the government does not have a budget; however, the Venezuelan Business Office in Canada is still operating and the Canadian government continues to maintain a relationship with Maduro’s representation, Polga warned.