Discontent and disappointment fuel the revolt inside the Conservative Party 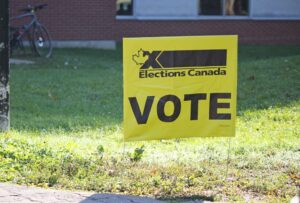 TORONTO – Give Erin O’Toole another chance or turn the page with another leader? This is the crossroads at which the ruling class of the Conservative Party finds itself, which has to deal with the creeping discontent of the Tory base dissatisfied with the defeat at the polls and the impatience of a large group of parliamentarians already ready to question the leadership of the former minister for veteran affairs. We are currently at a standstill.

The frond that wants O’Toole’s head at the first meeting of the parliamentary group last week has obtained the approval of an official review of the entire electoral campaign conducted by the leader, a first formal step that could in the coming months lead to the vote and the potential removal of the leader. The task of drafting the report was entrusted to former Conservative MP James Cumming who in the last election lost to the liberal Randy Boissonnault in the Edmonton Centre district by just 615. “I am happy – said the former MP – that Erin is interested in seeing what he could have done better. I am in a unique situation since I lost by such a narrow margin: this could give me a particular perspective on what went wrong in the last elections”.

But what really went wrong in the last election? The data are certainly not positive, given that the party not only did not grow as it was expected during the election campaign, but even fell in consensus, losing two deputies and resoundingly missing the goal of becoming a credible alternative in large urban centers to Justin Trudeau’s Liberal Party.

A sobering fact that will surely be weighed and evaluated in Cumming’s review is that of the worrying inconsistency in large cities: of the 115 electoral districts in the three main Canadian cities, the Conservatives have won just 8.

A debacle that left its mark on the final outcome and that confirmed that the Conservative Party is unable to increase its roots outside the rural areas of the country.

It is evident that O’Toole’s overall strategy of moving the party to the centre has not led to tangible results. On the contrary, the attempt to chase the moderate electorate provoked the discontent of a part of the right, which preferred to give its vote to Maxime Bernier’s People’s Party.

According to MacDonald, O’Toole abandoned the principle of fiscal responsibility – not giving a certain date to the return of the deficit – and this alienated a part of the Tory electorate. A position that feeds the discontent of those who would like a new leader immediately.