Doctors, where are you? Impossible to get a physical 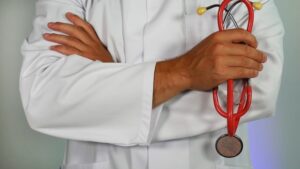 TORONTO – Healing is difficult in Canada. Maybe impossible. And if the emergency rooms of hospitals are “stormed”, there will be a reason. We explain it to you in this article, what is the reason. An article in which we report the testimony of one of our readers from Toronto who lived an odyssey – not yet finished – for … a finger.

“On Friday – he says – I began to feel pain in a finger of my right hand: within a few hours, it swelled and turned red. I thought of a bruise, reported without realizing it, and I decided to wait for the next morning. On Saturday, awakening, I realized that the situation had worsened: the pain had increased. So I went to the pharmacy, where there is also the medical center which I usually use. ‘Today the doctor is not there, it’s Saturday’, the pharmacist said, and then she added: ‘Try to go to the nearest ‘walk in clinic’. And so I did. But once I got there, I found the door closed and a sign on it: ‘Saturdays and Sundays we are closed’. Ok. I tried to call another ‘walk in clinic’: whoever answered me told me that the clinic was, yes, open, but I would not be able to go because I had not made the appointment. ‘Excuse me, but what if it’s an emergency?’ I told him. And the operator replied: ‘Go to the hospital’. To the hospital for a finger? Well, I said to myself, perhaps it would be better to rename them ‘wait out clinics’ … “.

At that point, our reader attempted to contact other clinics, but the only responses he received were from answering machines, some of which were incomprehensible. So, he went back to the pharmacy. “I don’t know what to do”, he told to the pharmacist. “Go to the hospital”, she replied. But he decided to wait until Monday to go back to the first clinic. Meanwhile, the pain in the finger increased. “I resist a little but at least I avoid going to the hospital”, he thought. But it turned out badly.

“On Monday – he says – I went back to the first clinic, the one that was closed on Saturday and Sunday, and I heard the clerk answer: ‘No, look, the doctor isn’t here today. Come back tomorrow. Or go to the hospital’. Evidently it is a mantra, this ‘go to the hospital’ … “. But above all it is clear, in the light of the reader’s account, why hospitals are under siege.

“I went back to the pharmacy – the protagonist of the story continues – and I pointed out what had happened and, while I was speaking, an elderly lady who was sitting there, perhaps waiting for some prescription, commented: ‘Go to the hospital, in within six hours they will see you (ironic laughter) … don’t wait to find a doctor, I haven’t seen mine for two years’…”.

“At that point the pharmacist, perhaps moved by compassion, recommended an antibiotic cream to apply on the finger, assuming it could be a skin infection. Assuming, since no doctor has seen me and therefore I could have: a bruise, a fracture, an external infection, an internal infection … whatever, in short. The only way to know, probably, is to actually go to the hospital”. Yeah, clogging it up further. So much by now, one plus one minus …

Photo by Online Marketing on Unsplash