Election Day coming up. How will you vote? 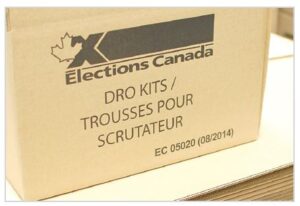 TORONTO – I voted in the advance polls. Like many readers of the Corriere Canadese, I have been taken aback by the riding profiles offered daily by Priscilla Pajdo in our pages. No other publication has been providing their readers with as extensive and detailed a picture of any constituency as her pieces have. She has focused on districts where 9% or more of the population are of Italian origin.

The numbers are flabbergasting. What is surprising is that at least two of the three “major parties” have decided that it would not be worth their while to advertise in that (our) community.

Their choice. More to the point, none of the parties have included that community in their messages regarding where Italian Canadians fit in their vision of Canada. Why not?

Italian Canadians are one of the largest ethno-cultural communities, comprising about 5% of the country’s population as per the last census in 2016. There are three others in the 4% to 5% range.

Generally, they all “pay their own way”, pay their taxes, value home and property ownership, support organizations that contribute to the common good and sustain the rule of law. As a practise, these “established communities” do not whine unless they also offer a solution for consideration.

To be polite, judging from the items of debate offered in this election campaign, the political process does not appear to be aware of their existence. In a country where the political leadership is falling over itself to extoll in the most glowing self-adulatory terms its adherence to concepts of “diversity” and its importance to Canadian society, it cannot bring itself to suggest that every province comply.

Taxing those who scrimp and save to buy their house has somehow become the mantra to solve the problems of those who – for whatever reason – may not be in a similar position.

Nonetheless the City of Toronto can find the funds to lease hotel rooms (four-star quality) at the rate of $3,000. 00 per month and still prevail on political parties to loosen the purse strings for more while bleating that affordable housing is beyond the reach of the needy.

Did I mention that we are in the middle of a pandemic that threatens to disrupt our “normal” lifestyles yet again? Apparently, solutions here are in as short a supply as that housing availability. Of one thing I am sure: it is the other guy’s fault.

I know this because that is the standard answer to every question raised during this election campaign. That may be the reason that the “popularity” of Max Bernier experienced a shot in the arm. Although he too agrees that it is the other guys’ fault, he says he has an answer. He was not allowed in the debate organized by the Ottawa glitterati, so we’ll never know.

I felt I had to vote anyway.