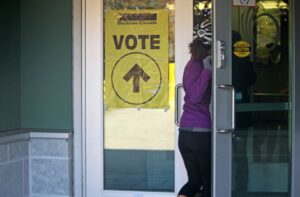 TORONTO – The office of the Italian Canadian candidates in this electoral round is starting. In all, there are 69 candidates of Italian origin looking for a seat, concentrated as always in Ontario and Quebec but also present in the other Canadian provinces. Also in these elections the representatives of our community represented themselves in all the main federal parties.

In Ontario, nine outgoing deputies of Italian origin have decided to run again, all with an excellent chance of regaining the seat. Liberal Mike Bossio seeks confirmation in the district of Hastings-Lennox and Addington, as well as fellow party member Judy Sgro in the humbe River-Black Creek constituency. In the Vaughan-Woodbridge constituency, a tricolor derby is expected with outgoing MP Francesco Sorbara ahead of tory Angela Panacci and neo-democrat Peter Michael DeVita. To close the grid of candidacies, Mario Greco of the People Party and the independent Luca Miele.

In Englinton-Lawrence the outgoing minister Marco Mendicino seeks reconfirmation, as well as his government colleague Filomena Tassi in Hamilton West-Ancaster-Dundas: to challenge her we find Spencer Rocchi of the Rhino Party and the Green Victoria Galea. In Niagara Falls the conservative Tony Baldinelli, outgoing MP, is the candidate to beat, while in Kenora the tory Eric Melillo, in the first legislature in 2019, will have to face the liberal candidate David Bruno. Karen Vecchio, outgoing Conservative MP, is ready to defend the seat in Elgin-Middlesex-London.

Anthony Rota at Nipissing-Timiskaming should have no problems, while the Tory Sonny Spina at Sault Ste Marie, Nadia Verrelli at Sudbury and the conservative Adelina Pecchia at Thunder Bay have legitimate aspirations for victory.

A fight is expected at the last vote the challenge in Windsor West, with the Italian Canadians who will try to unsearth the outgoing MP Brian Masse. Sandra Pupatello will try her luck with the liberals after the defeat two years ago, while Matthew Giancola has decided to run with the People’s Party.

All uphill race for three candidates of Maxime Bernier’s party: Corrado Brancato in Barrie-Innisfil, Anthony Zambito in Dufferin-Caledon and Mark Colucci in Ajax.

The same goes for Jonathan Giancroce, who in the district of Durham will challenge the leader of the Conservative Party and outgoing MP Erin O’Toole.

In Richmond Hill the NDP has decided to nominate Adam DeVita, who will challenge among the independent Charity Di Paola. At Don Valley Park Peter De Marco tries his luck in the ranks of the People Party, while there are very few chances of victory of Anna Di Carlo, independent, in Etobicoke-Lakeshore.

In Toronto-St. Paul the green Phil De Luna will have to deal with the former minister Carolyn Bennett, while the neo-democrat Norm Di Pasquale will hardly be able to tick it off on the liberal Kevin Vuong in Spadina-Fort York.

A very open race in the district of Windsor-Tecumseh, where the conservative Kathy Borrelli will have to deal with the outgoing MP Irek Kusmierczyk and in Oxford, where Elizabeth Quinto will challenge the conservative Dave MacKenzie.

A titanic undertaking, at least on paper, for Frank Chilelli in Mississauga Malton, Mario Ricci of the PPC in Hamilton East-Stoney Creek, Natalie Spizzirri in Mississauga Streetville and Charles Lugosi in Haldimand-Norfolk.

There was also a large Italian representation in Quebec. Julie Vignola, outgoing deputy of the Bloc, favorite party in Beuport-Limoilou, Diego Scalzo tries his luck with the NDP in Richmond-Arthabaska.

Italian derby to Alfred Pellan, where the conservative Angiolino D’Anello and Dwayne Cappelletti of the FPC challenge the outgoing deputy Angelo Iacono.

Same dynamic in Saint Leonard-Saint Michel, with the liberal Patricia Lattanzio who will have to defend the seat from the Tory Louis Ialenti, theneo-democrat Alicia Di Tullio and Daniele Ritacca of the PPC.

In Bourassa Nathe Perrone is running for the Verdi, in Marc Aurele Fortin the conservative Sarah Petrari tries her luck, while in La Point del’lle Massimo Anania has a good chance of winning,

The outgoing deputies David Lametti and Francis Scarpaleggia in Lac-Saint-Louis and LeSalle-Emard-Verdun should not have too many problems.

Great expectations at Mount Royal for the conservative Frank Cavallaro, race all uphill, however, for Laura Mariani in Dorwal-Lachine-LaSalle, Philippe De Massaia in Pierrefonds-Dollard and Simon Gnocchini-Messier in Hull Aylmer.

Very few chances for Brigitte Cecelia of the People’s Party in St. Albert-Edmonton. In British Columbia, conservative Frank Caputo is the favorite in the Kamloops-Thompson-Cariboo district: even the ndippini Jack Trovato and Bonita Zarrillo could make it in Stevenson-Richmond East and Port Moody-Coquitlam.