Elections, “it’s all about the money” 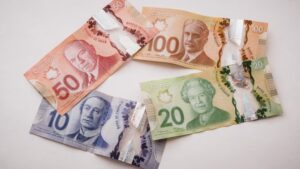 TORONTO – We are nine days away from the announcement of a provincial budget and a further six from the “dropping of the writs” – the official launch of the election campaign.

Elections are the validation and legitimization of a government’s spending plan on the basis of its vision statement for the province.

Get used to hearing the mantras “vision for a better life” and evidence of “getting it done”. The ruling Progressive Conservatives (PC) appear to have laid proprietary rights to those two statements.

If so, the other parties, NDP and Liberals alike, will be fighting each other for [a distant] second place. Election campaigns are nothing if not an opportunity to establish a different narrative.

The government’s recent flurry of announcements would seem to suggest the PCs have learned how to dominate that space, allowing them to bask in the aura of benign, even forward-looking, pro-electorate initiatives. Where did they acquire the funds and purpose the rationale for their expenditures?

Additionally, and perhaps more importantly, it received another $8 Billion in transfers, over and above the previous year, from the federal government.

After taking into account losses in other revenues, the Provincial government still had a net revenue increase of $8.8 Billion in 2020-21 over the previous year.

Any government can establish “a vision for a better life” and “get it done” with that kind of money. That would be true, even if they did not borrow to do so (increase the debt) and run a higher deficit to do it.

You guessed it: they did both. They increased Health care spending by an interesting 9.0 % to $ 69.478 B and Education by a relatively insignificant 3.5% from $31.751B. The annual deficit jumped from $ 8.672 Billion to $ 16.404 Billion as the government borrowed to finance an increase in “other programs”. Taken together, that increase represented a sum of an additional $ 10.1 Billion dollars.

There has been a torrent of government announcements in the last three weeks, all reflecting initiatives mainly from “other programs” that in their entirety represent the narrative of “making life better” in Ontario.

So far, the NDP have focused on ideological responses. The Liberals have tried to outdo them or remain deafeningly silent.

It is a good thing for them that it is still early in the campaign. They must be saving their bullets for a more propitious opportunity.

Pic by PiggyBank on Unsplash