Energy, up to 100% increase in bills of Canadians 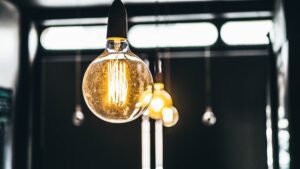 TORONTO – The energy crisis also affects Canada. And the “superbills” that are already damaging Italians (in Italy bills in recent months have doubled and in some cases tripled) are also on their way here: with the winter just around the corner, Canadians will have to expect very high “bills” for natural gas or electricity, with increases between 50 and 100%. Some consumers may see their bills rise as high as 300%, while others may see minimal increases, but the overall trend is clear, according to Joel MacDonald, founder of EnergyRates.ca

“In some provinces – MacDonald told CTV – these increases will be mitigated by the market structure, but in general energy bills will be very high”.

The main reason for the rise in the cost of household energy is the rise in the price of natural gas, which generates 8.5% of Canada’s electricity. In fact, according to Statistics Canada, most Canadians – 61% – use traditionally gas-fired systems, such as ovens and boilers, to heat their homes. A smaller percentage – 29 percent – use electrical systems, while the rest use heat pumps, stoves or other heating systems.

Right now, MacDonald said, natural gas prices are being pushed higher by a combination of geopolitical conflicts in Europe, the global transition to renewable energy, seasonal demand, the federal carbon tax, and cyclical fluctuations in gas prices over periods of about twenty years. Some of these factors are predictable. Some, like the war in Ukraine, are not. The war reduced the global supply of natural gas, generally driving up prices. It has also reduced Europe’s access to the resource. As a result, the United States increased its natural gas exports to Europe and Canada increased its exports to the United States, further reducing Canada’s supply. Natural gas is currently five times more expensive in Europe than in Canada, MacDonald said, but that will change as our supplies decline.

“We are sending more and we will begin to see the Canadian market and the price of natural gas in Canada get closer to the global price than it has ever been historically,” he said. Further driving demand for natural gas in Europe is a gap in its energy supply generated by the continent’s transition to renewable energy. It’s at a stage, MacDonald said, where neither its slowing fossil fuel sector nor its burgeoning renewables sector can meet its energy needs. Hence, the international demand for natural gas is increasing.

“This winter promises to be expensive – Michelle Leslie, senior manager of infrastructure and investment projects at Deloitte Canada told CTV -: forecasts say it will be cold and snow, especially in the central parts of the country and in the maritime provinces. If the forecasts are right … this will fuel the demand for heating systems and when the demand increases so do the prices “.

And then there’s the federal carbon tax, which applies to both natural gas and electricity generated using combustible fuels. Putting a price on carbon pollution is widely recognized as the most efficient way to reduce greenhouse gas emissions and foster innovation, but can result in heavier electricity and home heating bills.

How quickly and how quickly residents’ home energy bills reflect these increases will depend on the province or territory they live in. This is because the market mechanisms within some provinces and territories act to mitigate or delay the increases.

Photo by Anthony Indraus on Unsplash