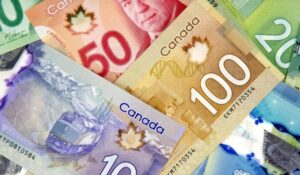 TORONTO – Each year, the Ontario government releases the names and salaries of public sector employees who cross the $100,000 threshold in earnings, otherwise known as the “Sunshine List”. The annual list, released March 19, includes a number of public sector servants (nurses, teachers, police officers, firefighters, etc.) who earn a six-figure salary.

This year’s Sunshine list is bigger than ever. Despite record unemployment levels and full-scale lockdowns prompted by measures to reduce the spread of Covid-19, the past year has been a fruitful one 206,606 public sector employees.
In 2020, the number of names on the list increased by 23% from 166,977 in 2019.

The dollar figure associated with those salaries is a whopping $25.8 billion. That figure represents nearly a 22% increase from the $21.3 billion the year prior. It is worth noting that roughly 75% of the growth was in the hospital, public health and school board sectors across the province.

Earning top spot on the list is Kenneth Hartwick, President and CEO of Ontario Power Generation, who earned $1.2 million in 2020.

As for Ontario’s Chief Medical Officer of Health, Dr. David Williams was paid just over $444,000 in 2020, while helping guide the province through the Covid-19 pandemic.

Last year, the Ontario government introduced temporary wage enhancements for some public sector employees. This additional “pandemic pay”, including over-time hours, had the potential for certain employees to earn higher incomes thereby adding to the names on Sunshine list. Nurses, for instance, account for nearly sixty percent of the increase in people on this year’s list.

While the expectation is that the number of people on the list are bound to increase year over year, the changes this year are some of the highest on record. For example, one of the largest school boards in the Province, the Toronto Catholic District School Board (TCDSB) registered the highest number of employees to earn more than $100,000 since the first list was published in 1996.

The number of TCDSB employees to earn six plus figures more than doubled in just one year. In 2019, 1,773 employees made the list. One year later, that number jumped to 4,128 individuals at the board earning more than $100,000, an increase of about 133%.

The jump in numbers coincides with the Covid-19 pandemic and additional measures taken to continue student learning.