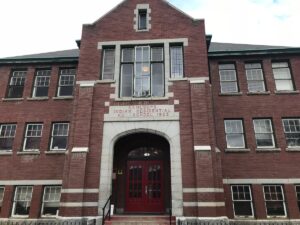 The Ontario government will spend $10 million to examine the soil of eighteen residential schools in Ontario and to preserve and commemorate the remains found. Provincial Premier Doug Ford announced today that the money, which will be spread over three years, will be part of the “indigenous-led” effort to identify, protect and commemorate “the burial sites of Indian residential schools.”

Indigenous Affairs Minister Greg Rickford said the Truth and Reconciliation Commission had indicated “with different levels of certainty and detail” the presence of at least 12 burial sites located throughout the province. In Ontario, the last residential school was closed in 1991. “We know that there is probably more to this story – Rickford said – we know that it is a question of reopening wounds, some of which, to be honest, have never healed.”

The discovery of the remains of 215 children buried in an unmarked mass grave on the grounds of the former Indian residential school Kamloops Residential School in British Columbia was followed by calls for the government to shed light on the tragedy posed by residential schools. Anishanaabe Grand Chief Francis Kavanaugh said that among survivors, the deaths of children in schools are a “secret of Pulcinella”. “The survivors have told us firsthand about children buried in secret and even cremated – he said – this requires people to admit uncomfortable truths, the burial of children in mass graves is a crime against humanity. I would consider the culprits less humane than we are.” The Indian leader said he did not attend residential schools but that five of his older brothers were forced to do so and also recalled the time his sisters, during an interview with a federal official, spoke about their ordeal at one of these schools. “I don’t know what they were saying, I never had the courage to ask but both were sobbing,” Kavanaugh said.

Rickford said the effort to locate the remains will be led by members of every indigenous community where the school was located, trying not to bring back into people’s minds the trauma they’ve already experienced.

The allocation decided by Premier Ford comes after, at the beginning of his term, the government made several decisions that rocked the First Nations in Ontario. In its first budget, Ford cut funding for Indigenous Affairs, so he decided not to go ahead with updating the public school curriculum that made “Indigenous Canadian” experience lessons mandatory for all students. Finally, the Prime Minister combined ministerial responsibility for indigenous affairs, energy, mining and northern development.

Liberal leader Steven Del Duca said his party “supports funding to identify and commemorate the burial sites of residential schools,” but that Indigenous Affairs should once again become an autonomous ministry. “We are urging the government to restore the changes to the Indigenous curriculum that was cancelled in 2018 – said Del Duca – we are also calling for the appointment of an autonomous Minister of Indigenous Relations and Reconciliation to oversee the initiative. The results of the surveys and the history of indigenous peoples must be taught to future generations so that history never repeats.”