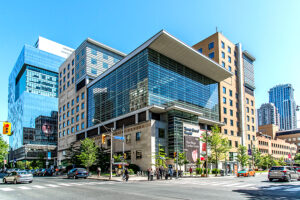 TORONTO – The emergency continues. Emergency rooms closed on weekends, struggling wards, nurses and doctors working 16-hour shifts, are just a few flaws in the health system in Ontario as well as in other provinces of Canada. And Doug Ford once again points the finger at the federal government.

“It is not acceptable for the federal government to give us only 22%. Healthcare costs us 78%. And this is what is happening all over the country. It is unacceptable – said Ford pressed by journalists during a press conference in Stratford – we will continue to ask the federal government to come forward and do its fair part. There has never been a more important moment than this to do it.”

Ford said that for its part, it is already doing everything in its power to add more health workers to the system but has made it clear that it will not repeal Bill 124 which limits wage increases.

Meanwhile, the University Health Network (UHN) is now sounding the alarm: three intensive care units at Toronto General Hospital – medical-surgical, coronary and cardiovascular – have reached the limit of capacity. Not to mention that there is not enough staff. “Our 3 intensive care sections – CVICU, CICU and MSICU – are fully booked and/or have limited human resources to ensure that all intensive care beds are occupied and operational,” said UHN spokeswoman Rosa Kim, “due to multiple factors, including problems caused by the ongoing pandemic, we are facing a shortage of staff.”

Now that the state of alert has been activated, Kim said, the hospital is actively evaluating patients in need of specialist care in intensive care and is working in partnership with Criticall – a ministry-funded organisation that helps ensure that patients in the province can access urgent and emergency care – to make sure that those in need receive the necessary care.

The lack of doctors and nurses plays an important role in being able to admit patients to the wards. An August 1 report by Critical Care Services Ontario obtained by CP24 shows that until Monday, 59% of Toronto General’s ICU beds were occupied. While the report indicated that an additional 50 beds were available, the hospital’s ability to use those beds for patients is limited by the availability of nurses and doctors who can care for those patients. And Covid is not the cause of the difficult situation. According to the report, only three of the 73 intensive care beds occupied in the hospital on Monday were used for patients with critical diseases related to the virus.

Health Minister Sylvia Jones said she was working with stakeholders in the health system to try to solve staff shortages and other problems that put care at risk. “The closure of the wards is very disturbing,” Jones said, “but the province has already done a lot to address the problem,” Jones said.

The president of the Registered Nurses Association of Ontario Claudette Holloway called the situation “terrible and dangerous”. “I have never seen such a serious context, but as we know, over the years there has been a shortage of nurses in Ontario, especially professional ones – he said – our share has been lower than that of other provinces, so this is certainly a situation that needs serious responses from our politicians”.