Ford is planning to keep schools closed until September 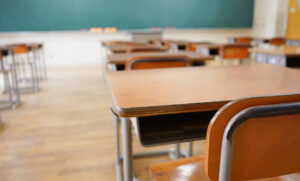 Doug Ford seems to be adamant. Schools will remain closed until autumn. Sources told CTV News Toronto that members of the government’s planning and priorities committee met on Monday and decided not to allow schools to reopen for the final weeks of the school year, even on a regional basis. The measure was finalized today.

The pressure on Ontario’s premier from the Ontario Science Advisory Table, numerous pediatricians, The Sick Children Hospital in Toronto, numerous Medical Officers of Health in the province including Toronto’s Eileen de Villa and Peel Lawrence Loh, Chief Medical Officer of Health David Williams. has been worthless. The latter’s position – which will be replaced by Dr. Kieran Moore on June 25 – has not been aligned with premier Ford’s in recent months. Williams was particularly outspoken, telling reporters last week that he “ideally” would like schools to reopen before Ontario enters the first phase of its reopening plan under the logic that “schools should be the last to close and the first to open.”

The premier sent a letter to numerous doctors and teachers last week asking for their opinion and expressing a number of concerns about a potential return to class. The fear, Ford wrote, “is a possible increase in infections from 6 to 11% and the presence of the B.1.6.1.7 variant first detected in India”. It should be noted that the premier also suggested for the first time, that his government believed that school activity led to greater transmission of Covid-19, which his education minister Stephen Lecce has always vehemently denied.

Today, speaking to reporters at Queen’s Park, NDP leader Andrea Horwath accused the premier of failing to make the necessary investments to keep schools open and safe. “Doug Ford made the choices that got us to the point where kids don’t go to school and it didn’t have to be that way – said the Opposition leader – they could have made schools safer and we could have had children in school much more often than they did during this pandemic but Doug Ford didn’t really want to invest in the school.”

Horwath, who declined to say whether she would opt to reopen schools at this point of the year, urged the government to provide parents with the necessary information as soon as possible, noting that this uncertainty “has been dragging on for too long.” “It’s really frustrating to see this government trying to protect its political skin instead of doing the right thing for parents of children and workers in education,” he said.

Amid a thousand perplexities and tug-of-war, amid accusations and poisons, the end of the school year is now just around the corner: for high school students, the school year will end on June 25, for those in elementary schools on the 28th.