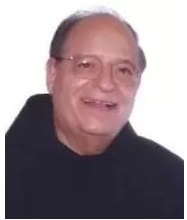 TORONTO –  Fr. Ralph Paonessa, who ministered for many years in parishes in the Archdiocese of Toronto, passed away.

Fr. Ralph Paonessa was born on March 26, 1936, in Winchester, Massachusetts. He was received into the Franciscan order on August 15, 1954, and professed his first vows on August 16, 1955. He made his solemn profession on August 16, 1958, and after completing the formation program and seminary studies, was ordained a priest on June 15, 1963. Fr. Ralph ministered for many years in our parishes in the Archdiocese of Toronto, serving as Pastor of St. Mary of the Angels Parish and St. Lawrence, Martyr. He also served the province as President of the Canadian Foundation and Provincial Definitor. In other assignments, Fr. Ralph served at Christopher Columbus High School in Boston, Vice Master of Novices at St. Anthony Friary in Catskill, and as chaplain of Villa Colombo in Toronto.

In lieu of flowers, donations in memory of Fr. Ralph, donations may be made to Immaculate Conception Church (Toronto).