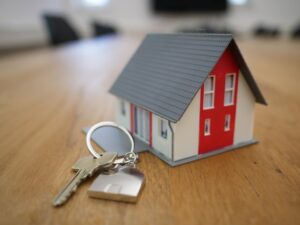 TORONTO – The housing market in the Greater Toronto Area has no peace: in the month of July just ended, sales fell by 47% compared to the same period last year and by 24% compared to last June.

The Toronto Regional Real Estate Board (TRREB) revealed today that last month’s 4,912 sales were nearly half of the 9,339 homes that changed hands in July 2021, indicating that the market is easing from the frenetic pace seen in the first half of the year and at the end of 2021.

Experts attribute much of the moderation to rising mortgage costs after the Bank of Canada raised its interest rate by one percentage point in mid-July – the biggest increase in the past twenty-four years. The trend is having, albeit slow, effetcs in house prices: TRREB found that the average house price was $ 1,074,754 last month, with a 1% increase from $ 1,061,724 in July 2021 but a 6% drop from $ 1,145,994 in June 2022. Not only that: prices of single-family homes fell 3% year-on-year to $ 1,362,598 last month, while their sales are -46%. Instead, prices for semi-detached homes rose nearly 5% from last July, to $ 1,077,750, while sales fell 45%. Similarly, row house prices rose 6% to $ 903,899 while their sales fell 52%, while condo apartment prices saw a 7% jump to $ 719,273 and a 48% decline in condominium prices. A crazy market. In fact, according to TRREB, government intervention is necessary, starting with the increase in housing supply up to the revision of mortgage policies.

According to “Urbanation Inc.”, the sale of nearly 10,000 condominium units in the GTA is expected to be delayed as rising mortgage rates weigh on the market. After all, as John DiMichele, CEO of TRREB said that “many families of the GTA intend to buy a house in the future, but at the moment there is uncertainty about where the market is headed” and therefore “politicians could help to mitigate part of this uncertainty “, for example by revising the rules of the ‘stress test’ which sets the qualification rate on uninsured mortgages at 2 percentage points above the contractual rate or at 5.25 per cent, whichever is greater.

Kevin Crigger, president of TRREB, echoed DiMichele’s request, saying longer mortgage payback periods of up to 40 years on renewals and exchanges should be explored. “The federal government has a responsibility not only to maintain confidence in the financial system, but also to instill confidence in homeowners that they can stay in their homes despite rising mortgage costs”, he said.

Photo by Tierra Mallorca on Unsplash