Haters and thieves looking for legitimacy in Education 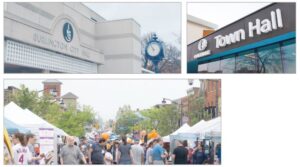 TORONTO – Last week, It has been one week since registration closed for all aspirants to political office at the municipal level. For many, the electoral process strengthens that which we have built, legitimizes what we propose.

At the local or regional council level, we can only attempt to secure the election of individuals who, putting aside the ever-present dangers of bribery and corruption, build and manage the physical infrastructure we call home. They maintain our “body”, so to speak. Every village, town or city has its own Council – decision making body.

The Law of the land, the Constitution Act, 1982, allows us no more, no less: what’s yours is yours, what’s mine is mine.

The other political office, call it the “soul” is similarly protected and constrained. Its would-be practitioners can only be “judged” on the basis of the rules that govern the office. That office is the one we term Trustees [to the local Board of Education].

Does it matter? Of course. They spend sums equivalent to those of Councils in overlapping territory. At the Provincial level this is over $ 28 billion annually.

In Ontario, since at least 1864, the governance of Education was purview of local boards of education. The Constitution of 1867, the British North America Act, the contract which created Canada, specifically conferred that authority to those educational authorities. Or more particularly to the practitioners of the culture where that education was delivered.

Without digressing from topic, the cultures were either Catholic or Protestant (today, Public – secular). Today, 32% of Ontario’s population is Catholic, almost twice the number of the next largest denomination or secular group. The Charter of Rights and Freedoms, 1982, recognizes and affirms their denominational rights. So does the Human Rights Code (1990) and every law and bylaw subservient to Provincial Statute. In fact, the Education Act specifically prohibits the Minister from interfering in the authority of Catholic boards. Or, more specifically, to Catholic parents in our case.

This is so because even the Founding Fathers (with deference to our female readers) recognized that, even with dissenters, gadflies or heretics in abundance to offer differing points of view, only the Magisterium, a pope speaking ex-cathedra (as a Prime Minister after a Cabinet deliberation) could determine the true definition and rules of Catholicism. One does not have to follow those rules and definitions, but then one is no longer a Catholic. Drink wine or beer, no one is forcing you. If you go to a wine bar you cannot scream “discrimination!” if the owner does not sell beer.

Returning to Boards of education, the option of going to another publicly funded institution is not lost. The government, for our purpose an election official, cannot determine who is or is not an eligible Catholic elector. It can only abide by the legislation (contracts) above. School board trustees are obliged to do as well. No matter how big their ego trip might be. To behave differently would be akin to permitting identity theft to commit a fraudulent act. The election is an Annual General Meeting when shareholders/stakeholders eligible to cast a ballot do so. Neither candidates for trustee nor trustees already in office who see themselves as having had a “Pauline conversion” can effect a change in the teachings of the Magisterium with their petulant behaviour. Much less deprive parents who choose the route of the Magisterium as per their contractual rights.

Indolent Bishops and town officials who sit idly by as anti-Catholic Haters and scheming zealots steal the birthright of law-abiding parents should be dismissed from office or sued for the consequences.

In the pics above: the City Halls of Burlington, Oakville and Milton (from Facebook)