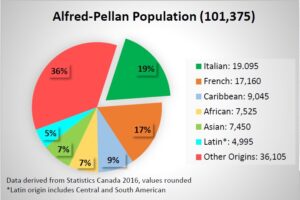 Similar to the situation in Ontario, key ridings in the province of Quebec are shaping up to be a battleground among political parties. The difference in the francophone province is the Bloc Québécois (BQ), a political party dedicated to the promotion of Quebec sovereignty.

Upon dissolution of Parliament, the Liberals held 35 seats in Quebec, compared to 32 for the BQ. Days after the first French-language debate and ahead of this week’s debates in both French and English, it appears another victory for the Liberals could be secured in the electoral district of Alfred-Pellan.

Formerly known as Duvernay and Laval East, the area encompasses the eastern part of the City of Laval and includes the neighbourhoods of Duvernay, Pont-Viau, Saint-François and Saint-Vincent-de-Paul. 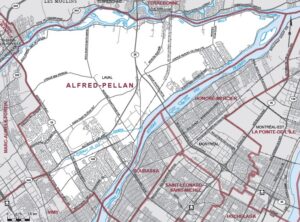 Angelo Iacono, current MP, is seeing re-election for the Liberals. He has represented the riding since 2015 and was re-elected in 2019 when he won 47.9% of the vote. BQ candidate, Michel Lachance took 28.6%, followed by Angelo Esposito of the Conservatives with 10.9% of the vote.

Since 2004, the constituency has been represented by three different political parties. The BQ represented the riding for three consecutive terms between 2004-2011. They lost to the NDP in 2011 during the orange wave.

This time around the Liberals seek to maintain their hold in the district. When contacted, Iacono said “I am determined to remain a partner for my community and will keep on going forward to defend the interest of my constituents, to support my community organizations and to generate wealth for our local businesses”. 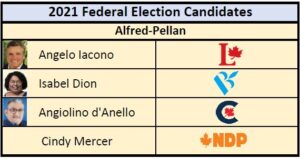 He is up against BQ candidate Isabel Dion and Conservative candidate Angiolino D’Anello. Neither responded to our request for comment prior to our going to print.

According to the latest projections by 338Canada.com (September 5), which uses algorithms that take into account results of all major polls, the Liberals, at 47%, are ahead of the BQ by 23 points. The Conservatives at 15% trail the BQ by 8 points. 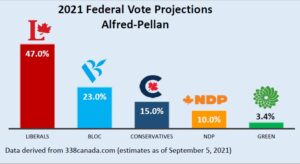 What makes this riding unique is the composition of its different ethnic groups. Italians, at 19% of the population, represent one of the largest cultural communities in that particular region of Quebec.

A similar phenomenon occurs in Northern Montreal, in the constituency of Bourassa where 11% of the population are of Italian origin. 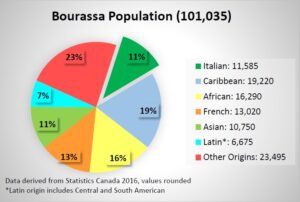 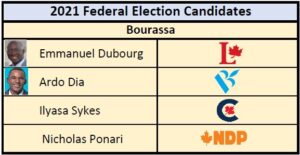 With election day less than two weeks away, projections suggest the Liberals, at 61%, are poised to retain the riding. In 2019, they won with 57.6% of the vote. 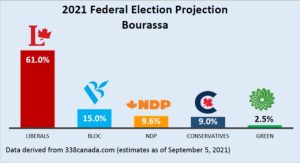 The BQ argues that it is the only party that can defend Quebec’s interests in Ottawa. Most citizens in these ridings appear to feel that there are other concerns. 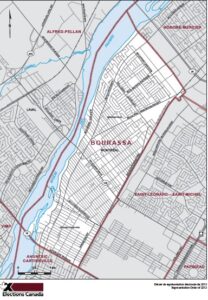