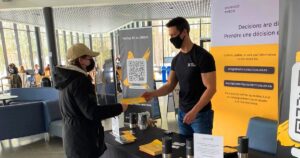 TORONTO – Even political parties are not immune from the cycle of rebirth and regeneration. Except that, to mix metaphors, occasionally they have to “be burned to their ashes before the phoenix can rise” again. In 2018, former premier Wynne’s Ontario Liberal Party crashed almost completely.

In the lead-up to the election, the Conservative Party of Ontario (PC) became embroiled in a vicious internecine leadership battle whose “political brutality” was arguably beyond compare. No damage was done to the PC brand because the election was largely seen as a foregone conclusion. It was “a change election,” as the saying goes.

For their part, the NDP, though they were able to increase their representation in the Legislature, hit up against the proverbial glass ceiling. In 2022, the party’s challenge seems to be the avoidance of crashing through a fragile glass floor as the pressure to “push upwards” through that ceiling bears, ironically, down on them.

So far, despite their status as the Official Opposition, they have been unable to grow out from their traditional strongholds in the Greater Hamilton-Niagara area, the Windsor-Essex and Northern Ontario areas dependent on the traditional economic market dynamics. Even in [Metro]Toronto, they appear to have difficulties spreading out from their “downtown bunker”.

It is still early in the election cycle but their chances for growth appear to be ebbing by the day. Part of it is due to their slavish adherence to the new religion of woke and their interpretation of its implications for the “– ized” groups (marginalized, racialized, sexualized…) they claim to represent. Image over substance. The Liberals behave as if they have greater claim to proprietorship over wokism.

Today, neither of them is in danger of forming the next government. Things can change. Faith alone, however, is not a determinant for success in the political dynamic.

In HRBC, the incumbent is up a PC candidate of Vietnamese origin, who is trying diligently to take advantage of the “identity politics” touted by others. The Liberals selected a Catholic School Board trustee who accuses her Board, and its Italian Catholic constituents by extension, of “systemic homophobia”. Somehow this is viewed as a winning strategy. Unlike Ford in YSW, she has not taken a leave of absence – paid or otherwise. There are only 13,800 Italians affected in HRBC.

In Toronto, the NDP lost an MPP in Toronto Centre to retirement. Kristyn Wong Tam announced her candidacy as a replacement, again without taking a leave of absence. She will retire as of May 4; for a month Toronto taxpayers will subsidize her “reach for the top” exercise.

She is no stranger to controversy. At one point in the last decade, she was the administrator of anti-Israel website but claimed not to be antisemitic. For other reasons, the Corriere considers her anti catholic and anti-Italian and offered her an opportunity to retract statements she made leading to that impression/conclusion. We subsequently served her with a statement of claim. There are only 4,545 (4% of the population) Italians in Toronto Centre.

Not to be outdone, one of her trustee allies (also a part of the Statement of Claim) at the Toronto Catholic School Board quickly declared his intention to replace her on the ballot for City Council. He is fresh from a defeat in the federal election to represent Fort York.

We are in the “tactical phase” of political processes.