Honoré-Mercier stands as a Liberal stronghold 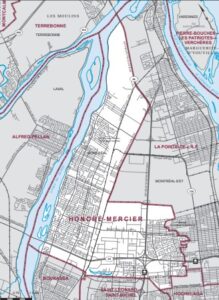 The electoral district of Honoré-Mercier in Quebec appears poised for another Liberal victory. Formerly known as Anjou-Rivière-des-Prairies, it is located east of the constituencies of Bourassa and Saint-Léonard – Saint-Michel and includes parts of the city of Montréal.

For the sixth time, Pablo Rodriguez, current MP, is seeking re-election for the Liberals. He has represented the constituency since 2004, with the exception between 2011-2015 when the “orange wave” swept in Paulina Ayala for the NDP and served only one term.

This will be the third time Rodriguez will face candidates Guy Croteau for Conservatives and Paulina Ayala for the NDP in a general election. 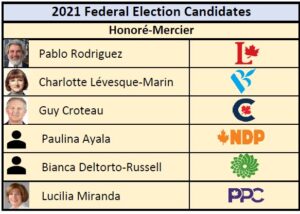 Rounding out the field of candidates are Charlotte Lévesque-Marin for the BQ, Bianca Deltorto-Russell for the Green Party and Lucilia Miranda for the PPC.

According to the latest projections by 338Canada.com (September 7), which uses algorithms that take into account results of all major polls, the Liberals, at 62%, are ahead of the BQ by 49 points. The Conservatives at 10% trail the BQ by 3 points. 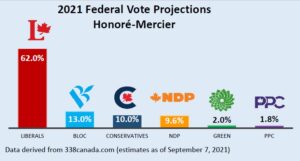 What makes this riding unique is that it has the highest concentration of Italians in Quebec. According to the 2016 Census, Italians represent 24% of the population. That translates into 25,310 constituents from a population of 103,590 that are of Italian heritage. 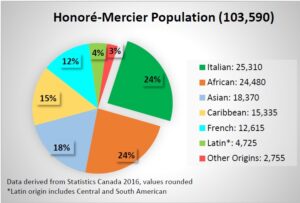 When contacted, Rodriguez said he acknowledges the district’s diverse mix of francophones, anglophones and people from all over including Italy and “works everyday to continue to earn the confidence of my fellow citizens”. He added, “I will continue to give my all to overcome challenges with regard to public transit, the cost of living, social housing and security”.

Other party candidates were not available for comment prior to our going to print.