House of Commons, the first session two months after the vote 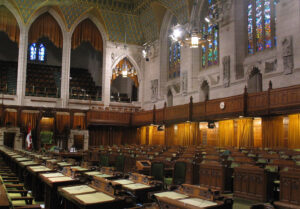 TORONTO – More than two months before the vote, the first session of the House of Commons will take place tomorrow. The parliamentary agenda for this week of work is already well defined. The first institutional step, which will be carried out tomorrow, is the election of the new Speaker of the Chamber. According to the Parliamentary Rules of Procedure, all MPs are formally candidates for the presidency of the House of Commons unless they indicate a will to the contrary. The big favorite on the eve is the Italian Canadian Anthony Rota, already Speaker in the past legislature who enjoys a bipartisan consensus that bypasses the traditional party divisions.

In fact, Rota is recognized for his ability to be super partes in the exercise of his functions and between 2019 and the dissolution of the Chamber of Deputies, the first vote, the Same Speaker on some occasions even against the liberal government, thus going against the interests of his own party.

In any case, in recent days some deputies have expressed their interest in the office: in addition to Rota in the running we find the other liberal Alexandra Mende, the conservatives Joël Godin and Marc Dalton and the neo-democrat Carol Hughes. Presiding over the sitting in which the vote will take place will be the deputy who has sat in parliament for the longest time: it is Louis Plamondon of the Bloc Quebecois, elected for the first time in 1984. Plamondon has already provisionally chaired the House of Commons four times.

The election of the Speaker will take place through successive votes, with the elimination between one vote and another of the candidate who receives the least vote.

It is therefore likely that we will see a vote at first reading where there will be a party vote – with the Deputies who will support the candidate of their political party – while from the second vote the rigidity of the parties will give way to the vote for the candidate considered most qualified.

Once the Speaker of the House has been elected, the new legislature will come alive, with the Speech from the Throne scheduled for tomorrow.

Here Governor General Mary Simon will list what will be the priorities of the government’s agenda for the coming months: a strong emphasis is expected in aid plans for families, businesses and workers during this fourth wave of the pandemic and, at the same time, a detailed road map for reviving the economy and supporting growth.

The new government led by Prime Minister Justin Trudeau does not enjoy an absolute majority of deputies. As had already happened several times in the last legislature, the liberal executive will need the temporary support of the NDP of Jagmeet Singh or the Quebecois bloc of Yves-François Blanchet.

In recent days, there had even been talk of a possible external support of the neo-Democrats for the next two years in exchange for the approval of a package of measures wanted by Singh, but both the liberals and the ndppini have denied these rumors, branding them as mere speculation without any basis.