In Ontario the number of Covid infections drops to 2,170, only 4 deaths 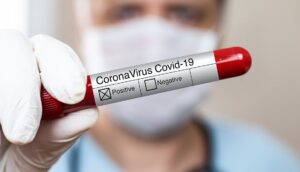 The number of deaths related to the virus also fell: yesterday there were four, the lowest daily death toll recorded since 22 March: overall deaths in the province rose to 8,489.

There are currently 1,320 patients admitted to hospitals in the province for contracting a Covid infection, up from 1,292 on Sunday, but the decrease is significant compared to 1,632 a week ago.

The situation in intensive care is also improving: yesterday there were 779 patients in these wards, down from 785 on Sunday and 828 seven days ago.

The number of active and confirmed cases in the laboratory throughout the province was 25,869, down from 31,991 last Monday.

Nationally, with the 4,903 infections recorded yesterday, the total is 1,328,582, while for people who have lost their lives because of the virus, with the last 40 deaths deaths across Canada reach 24,948.

Among the provinces of the country where a high number of Covid-19 infections are reported we find Alberta with 1,140 new cases and Manitoba where there have been 534 infections in the last twenty-four hours and 4 deaths. Quebec reported 551 new coronavirus infections yesterday, the lowest number of new daily cases since September.

Admissions continue to decline: Health officials said the number of Covid-19 patients fell by seven, to 501, and that there were three fewer people in intensive care, totalling 116.