In Ontario with the pandemic in 170,000 without a doctor 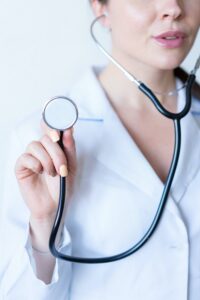 TORONTO – Over 170,000 Ontario residents, during the first six months of the Covid pandemic, found themselves without a family doctor. This is what emerges from a study, conducted by Unity Health Toronto and the non-profit research institute ICES. The number of family doctors who stopped working doubled between March and September 2020 compared to the same period the previous year.

The study found that about 385 out of 12,000 doctors stopped their practice and that those who did were more likely to be 75 years of age or older and to care for fewer than 500 patients. According to the report, this equates to nearly three percent of Ontario’s practicing family doctors. The researchers say that on average, between April and September about 1.6% of family doctors stopped exercising. “Nearly 1.8 million Ontario residents do not have a regular family doctor,” said Dr. Tara Kiran, lead author of the study and family physician at St. Michael’s Hospital of Unity Health Toronto, “our findings suggest that things will get worse, which is really worrying because family medicine is the gateway to our health care system.”

In addition, the findings also suggest that many of these healthcare providers were approaching retirement and accelerated their plans during the pandemic. But the researchers also point out that it cannot be proven that a direct cause of the exodus was the pandemic and cites other possible reasons such as health problems, increased costs of the practice due to infection prevention and control measures, decrease in revenue due to the reduction of visits and burnout. “More research is needed to understand the long-term impact on primary care and access to care and the broader impact on population health,” the study reads.

The researchers also noted that while 385 healthcare providers don’t seem to be that many when looking at the overall number of family doctors in Ontario, “more than half of the doctors who stopped working had patients formally enrolled on their list and estimated that doctors were caring for more than 170,000 patients.” “The shortage of family physicians and other primary care providers is a complex problem across Canada related to the aging of physicians and patients, the increase in patients and the complexity of the system, the decline in interest in family medicine among recent graduates, and the poor distribution of the workforce, which particularly affects rural areas,” said Dr. Rick Glazier. co-author of the study – these pre-existing factors have been exacerbated by the pandemic and require fundamental changes in the way we are organised, paid, supported and provide care.”

The researchers then call for a re-evaluation of the payment model for family doctors, saying the model must create a more predictable income and provide doctors with flexibility. They also suggest expanding primary care teams to include other healthcare professionals, including social workers, pharmacists, and nurses.